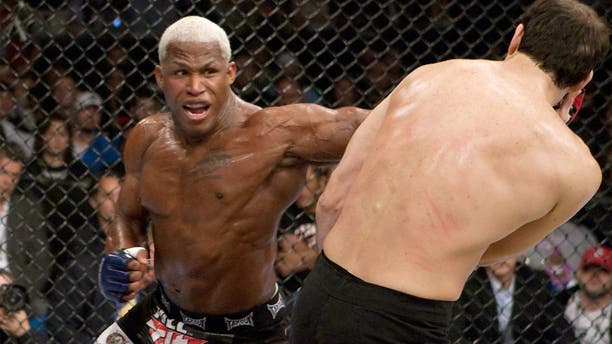 ST. LOUIS - MAY 15: (L-R) Kevin Randleman punches Roger Gracie during their bout at the Strikeforce: Heavy Artillery event at the Scottrade Center on May 15, 2010 in St. Louis, Missouri. (Photo by Esther Lin/Forza LLC via Getty Images)

Before he was among the early stars of MMA, Kevin Randleman was an All-American wrestler at Ohio State.

Before that, he was an Ohio state champion wrestler at Sandusky High School near the shore of Lake Erie.

Last year he told his hometown newspaper, the Sandusky Register, about what his time in Columbus meant to him.

His success at Ohio State helped launch his career in MMA, where he joined fellow former Buckeye national champion and hall of famer Mark Coleman as a UFC heavyweight champion.

Randleman was inducted into the Ohio State athletics hall of fame in 2004.