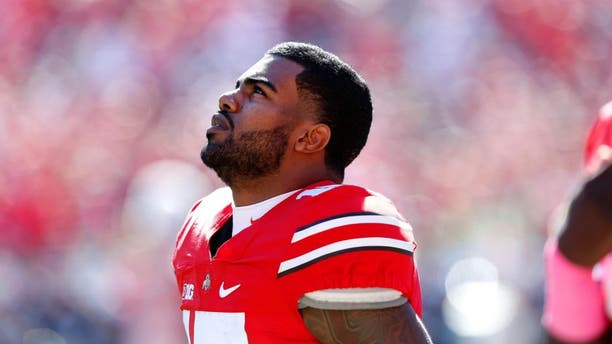 COLUMBUS, Ohio -- Ohio State running back Ezekiel Elliott says he didn't know his driver's license had been suspended when he caused a fender bender last weekend.

Speaking to reporters in Scottsdale, Arizona, where the Buckeyes will play in the Fiesta Bowl on Friday, Elliott says his father is working on getting his license reinstated.

The junior was cited for three misdemeanors after he lost control of his father's Chevrolet Camaro on wet pavement and struck another vehicle on Sunday. A passenger in the other car told police she was sore but not badly hurt. Elliott says it was a ''scary situation.''

Elliott's Illinois license had expired. He says he had lost his wallet and was using his passport for photo ID.