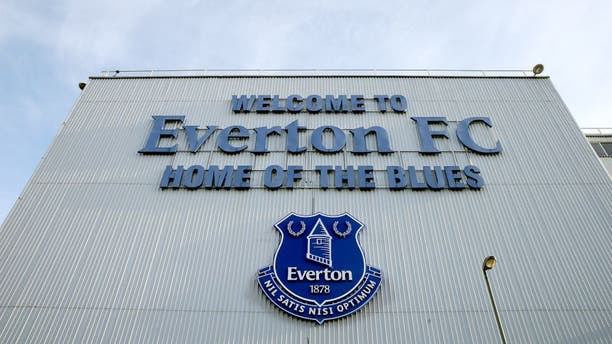 LIVERPOOL, ENGLAND - NOVEMBER 21: A general view of the stadium ahead of the Barclays Premier League match between Everton and Aston Villa at Goodison Park on November 21, 2015 in Liverpool, England. (Photo by Chris Brunskill/Getty Images)

LIVERPOOL, England -- Everton said Saturday that billionaire Farhad Moshiri is buying a 49.9 percent stake in the club, subject to approval by the Premier League.

Forbes, which lists Moshiri as an Iranian-British businessman with a net worth of $1.79 billion, ranks him 894th among the world's billionaires. He recently sold shares in Everton's Premier League rival Arsenal to Russian billionaire Alisher Usmanov, a business partner.

Everton chairman Bill Kenwright said in a statement that "after an exhaustive search I believe we have found the perfect partner to take the club forward.

"I have got to know Farhad well over the last 18 months and his football knowledge, financial wherewithal and True Blue spirit have convinced me that he is the right man to support Everton."

Next season ushers in the start of the Premier League's new three-year TV deal worth a record $8 billion for domestic rights. With the international rights agreed on later, the total windfall for Premier League clubs will be at least $11 billion.

Commenting on his investment in the mid-table club, the 60-year-old Moshiri said: "There has never been a more level playing field in the Premier League than now. Bill Kenwright has taught me what it means to be an Evertonian and I look forward with excitement to working with him to help deliver success for Everton in the future."

Earlier this month, British media reported that Everton was moving toward a takeover by American investors John Jay Moores and Charles Noell.

Moores, the former owner of Major League Baseball's San Diego Padres, and his associate had reportedly been in negotiations since December.

Everton had not commented on any takeover speculation but at the club's annual general meeting in November, chief executive Robert Elstone said: `'There has never been more people interested in investing in Everton and the chairman is confident (an investment) will be secured in the near future."