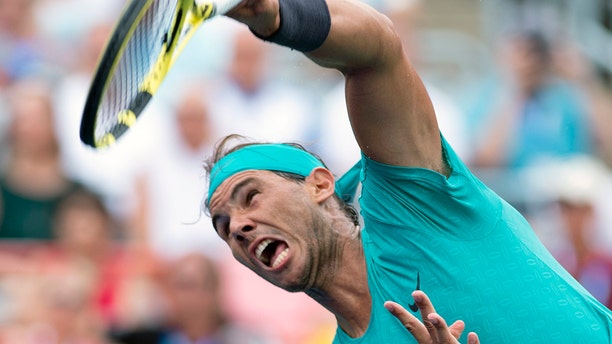 After rain delays of six and 30 minutes, Nadal fought off two set points in the first-set tiebreaker. Play was stopped for 1 hour, 56 minutes with Nadal leading 2-0 in the second set.

"All the matches are difficult here," Nadal said. "It was a tough first set. Then in the second, I was able to take advantage at the beginning, but then he broke me back."

Second-seeded Dominic Thiem beat Canada's Denis Shapovalov 6-4, 3-6, 6-3. Coming off a victory on clay at the Generali Open in his native Austria, Theim will face 14th-seeded Marin Cilic of Croatia,