Venus was made of lava and was not 'Earth-like' after all, stunning study says

Last month, new hope arrived in the form of a study that Venus may have been habitable and was home to "liquid water" for 2 to 3 billion years.

Now, that hope has seemingly been dashed, with the water replaced by lava, according to a new study.

The new research, published in the Journal of Geophysical Research: Planets, suggests that the second planet in the solar system was filled with lava. This comes after they re-examined Venus’ Ovda Regio highlands plateau, which they believe was made up of basaltic lava.

“We know so little about Venus’ surface,” said the study's co-author, Allan Treiman, in a statement. “If the Ovda Regio highlands are made of basaltic rock as is most of Venus, they were likely squeezed up to their current heights by internal forces, possibly like mountains which result from plate tectonics on Earth.” 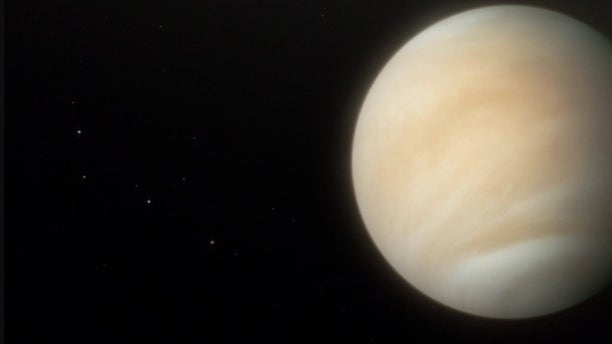 The team found that the flow seen in the Ovda Regio highlands plateau was "not granitic as was expected from its location," heightening the chances it was made up of basalt rock.

"The high‐altitude region of Ovda Fluctus is continuous with the lower‐elevation portions: the change in radar properties does not represent different flows," the study's abstract states. "Outlines of Ovda Fluctus flow lobes have fractal dimensions consistent with basaltic pahoehoe lavas. The margin of Ovda Fluctus is at significantly higher elevation than its center, a characteristic seen in basalt flows on Earth, but not on more silica‐rich flows."

Skipping to the present day, Venus, which has been called "Earth's evil twin," has an extremely harsh climate, with a  surface temperature of 864 degrees Fahrenheit.

The new study from Treiman and the other researchers follows one that was presented at the European Planetary Science Congress last month. This study indicated Venus may have had "liquid water" for 2 to 3 billion years until a "dramatic transformation" started happening more than 700 million years ago that completely reshaped the planet and resurfaced approximately 80 percent of it. 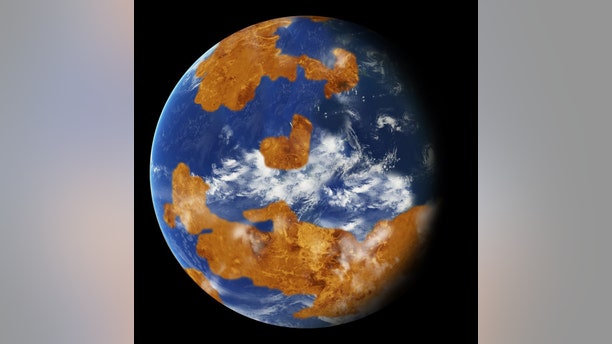 The dramatic transformation led to a mass explosion of carbon dioxide on the planet between 700 million and 750 million years ago, an event researchers say may be linked to the volcanic activity on the planet.