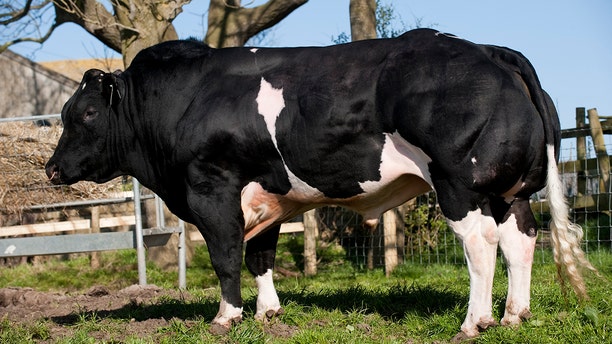 A strange mutant breed of cattle has reportedly sparked a debate over steroids thanks to their muscle-bound bodies.

These latest breeds of cattle have a naturally occurring mutation known as "double-muscling" that turns them into the beefy beasts.

Some people who saw images online speculated that the muscular cattle must be on steroids.

"It should be illegal to inject steroids into any animal... it takes it out of its natural healthy looking character," wrote one, according to the Sun.

Another of the YouTube commenters who saw pictures of the breed wrote: "Insane...pathetic what they did to these poor creatures."

However, others wrote that the bulls' appearance is because of a natural mutation rather than the result of any drugs.

One replied: ‘This is a Belgian breed of cattle that looks like this because of a genetic mutation that results in increased muscle mass.

Although the animal's size means a greater meat-to-bone ratio, which is good news for cattle producers, the mutation also comes with health risks.

For instance, pregnancies are very difficult, and the animals usually require C-sections to deliver their babies.

Once the calves are born, they may have a number of birth defects, including enlarged tongues, which can make it difficult for them to nurse.