Archaeologists have unlocked the secrets of an amazing 1,500-year-old altar discovered at a Maya temple deep in the Guatemalan jungle.

The ornately carved altar was discovered in 2017 at the Maya site of La Corona, located in the Petén jungle near the Mexico border.

When it was first found, the altar was encased in the roots of a tree in a collapsed temple. It took a year to painstakingly pry the massive stone slab from the roots, fully excavate it and move it to Guatemala City, where it was presented earlier week at a museum.

Made of limestone, the altar depicts the image of the previously unknown king Chak Took Ich’aak carrying a double-headed serpent effigy. Two local gods are shown emerging from the snake. 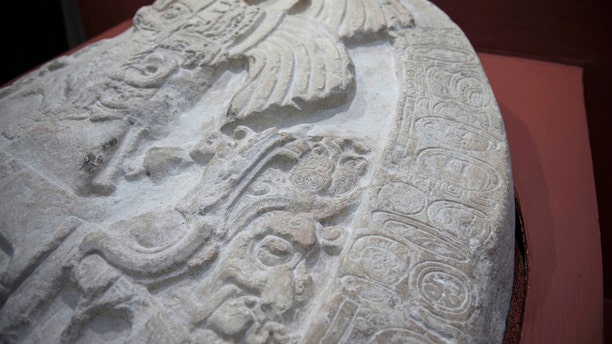 A nearly 1,500-year-old carved altar from the Maya site "La Corona," located in the northern Guatemalan department of Peten, is displayed at the National Museum of Archaeology and Ethnology in Guatemala City, Wednesday, Sept. 12, 2018. (AP Photo/Oliver de Ros)

Hieroglyphs that accompany the image record the end of a period in the Long Count Maya calendar that corresponds to May 12, 544 AD.

Experts say the altar shows the Maya dynasty of Kaanul, known as the Snake Kings, acting like its namesake in slowly squeezing the rival kingdom of Tikal.

“For several centuries during the Classic period, the Kaanul kings dominated much of the Maya Lowlands,” said Tomas Barrientos, co-director of the project and director of the Center for Archaeological and Anthropological Research at the University of the Valley of Guatemala, in a statement. “This altar contains information about their early strategies of expansion, demonstrating that La Corona played an important role in the process from the beginning.” 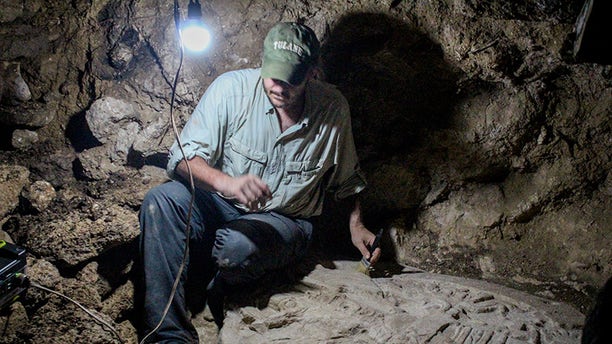 Tulane archaeologist Marcello A. Canuto sits beside the altar he and his team discovered in the jungles of northern Guatemala. (Photo courtesy of the National Museum of Archaeology and Ethnology in Guatemala City)

Chak Took Ich’aak appears 20 years later as a vassal of the Kaanul dynasty and the ruler of the larger, nearby city of Peru-Waka. But the gods associated with him are different local deities associated with that place.

“The discovery of this altar allows us to identify an entirely new king of La Corona who apparently had close political ties with the capital of the Kaanul kingdom, Dzibanche, and with the nearby city of El Peru-Waka,” said Tulane University Professor Marcello Canuto, in the statement. Canuto was co-leader of the team that made the discovery.

The archaeologist said the altar suggests Kaanul's eventual victory was the result of decades of astute politicking and cultural appropriation, not just battles. 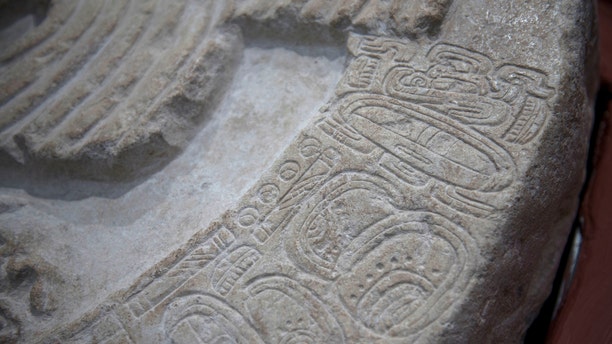 The altar is the oldest monument from the Classic Maya period found to date at the La Corona site, archaeologists say. (AP Photo/Oliver de Ros)

Francisco Estrada-Belli, a Tulane University archaeologist who was not involved in the La Corona discovery, said: "Its broader significance is that it shows the behind-the-scenes ... machinations of the Snake Kings as they are expanding their empire in the direction of Tikal."

"Not long ago, we thought the victory over Tikal was the result of a sort of out-of-the-blue blitz," Estrada-Belli said. "It is fascinating to learn more about how Maya empires expanded, just like in the 'Game of Thrones.'"

The altar is the latest fascinating find to shed light on the ancient Maya civilization. 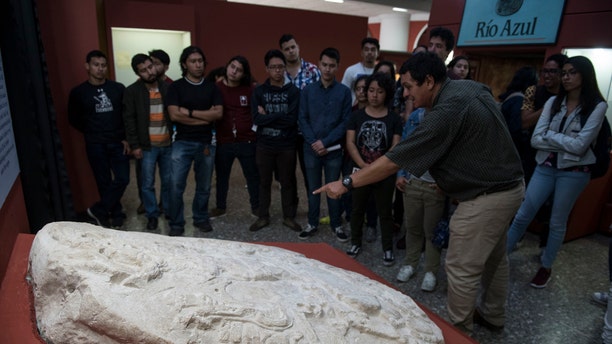 The carved altar at the National Museum of Archaeology and Ethnology in Guatemala City, Wednesday, Sept. 12, 2018. (AP Photo/Oliver de Ros)

An ancient mask depicting a 7th-century Maya king, for example, was recently discovered in southern Mexico.