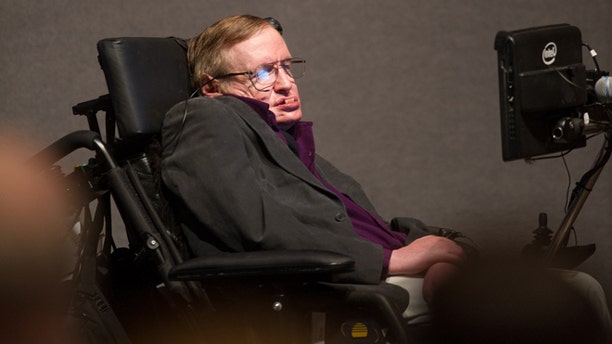 Stephen Hawking now says light and information may be able to escape from black holes, doing an about-face on the objects that helped cement his reputation as the world’s preeminent scientist, New Scientist reports.

In 1974, Hawking took a black hole theory and added quantum mechanics, sparking a debate that rages to this day.

But now, after a bet with another physicist, Hawking says things may be able to escape from black holes.

According to New Scientist, Hawking originally said that when a black hole dies, it takes everything inside with it.  Now, 40 years later, he is arguing that it might be possible for light and information to escape.

Black holes have "apparent horizons" -- surfaces that can trap light -- but can also vary in shape, leaving the potential for light to escape, the report said.

According to the New Scientist, Hawking says the solution is to give up the very thing that makes black holes so mysterious -- the event horizon.

On his 70th birthday this month, Hawking told the website that he regards his idea that information was destroyed by black holes as his "biggest blunder."