After 30 years on ice, this thing came back to life 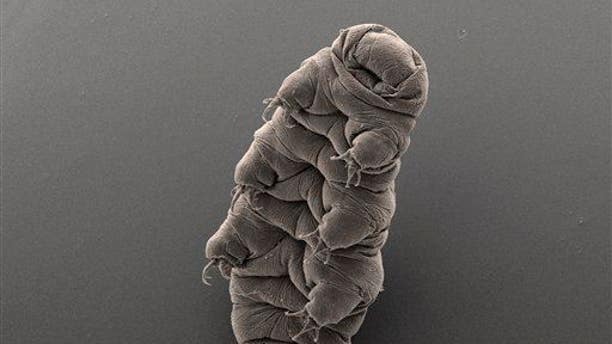 Japanese researchers have successfully awakened a microscopic tardigrade (more colloquially known as a waterbear) after it spent three decades in a subzero slumber, the Telegraph reports.

That's a new record; previous Antarctic specimens were revived after about eight years, per the study, published last month in Cryobiology .

In November 1983, moss samples were collected during a Japanese Antarctic expedition and stored at -4 degrees Fahrenheit. In March 2014, researchers thawed the specimens and found two tardigrades whose bodies were not fully extended, extension being a mark of tardigrade death.

The study charts SB-1's emergence: "SB-1 started to slowly crawl on the agar surface of the culture well on day 9, and started to eat the algal food provided." It ultimately laid 19 eggs, of which 14 hatched.

As for the egg SB-3, it hatched 6 days after rehydration and laid 15 eggs, of which 7 hatched. The goal of the undertaking is "to unravel the mechanism for long-term survival by looking into damage to tardigrades' DNA and their ability to repair it," says a researcher, per the BBC. Though tardigardes are known for their ability to survive extreme conditions, such as heat, pressure, and lack of oxygen, a previous study had suggested that 10 years was the survival threshold for the creatures under typical atmospheric oxygen conditions.

Gizmodo points out the tardigrade doesn't hold the all-time record, though: The nematode worm Tylenchus polyhypnus was recovered after nearly 39 years frozen.(Tardigrades have even survived the vacuum of space.)

This article originally appeared on Newser: After 30 Years on Ice, This Thing Came Back to Life