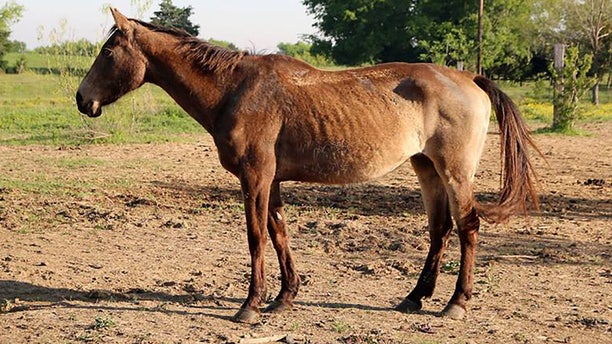 A malnourished horse was one of many animals seized from a property in Canton, Texas on Tuesday. (SPCA of Texas)

WARNING: IMAGES BELOW MAY BE GRAPHIC FOR SOME

Authorities in Texas on Tuesday discovered 50 dead horses on a self-described ‘sanctuary’ in Canton, Texas, and seized custody of 87 allegedly mistreated animals.

“It was just a sea of dead horses,” Victoria Albrecht, a spokeswoman for the Society for the Prevention of Cruelty to Animals, told the Fort Worth Star-Telegram. “It was just heartbreaking.” 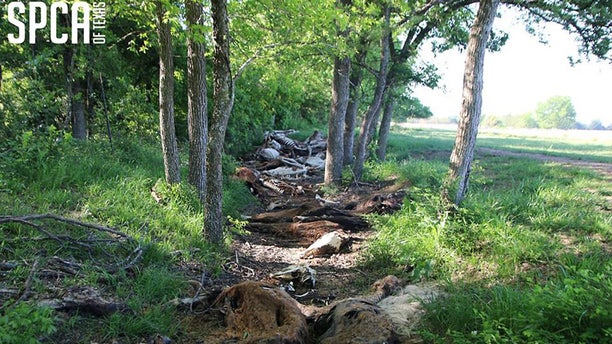 Fifty dead horses lay strewn across a creek, decomposing on a property in Canton, Texas, where 87 other animals were taken into custody. (SPCA of Texas)

The allegedly mistreated animals included 70 horses, nine donkeys, six pigs and one longhorn, authorities said. The dead horses were found scattered and decomposing along a creek on the property.

The malnourished horses resorted to eating trees clean of their bark, while the pigs were confined to a single pen without access to food, authorities said. 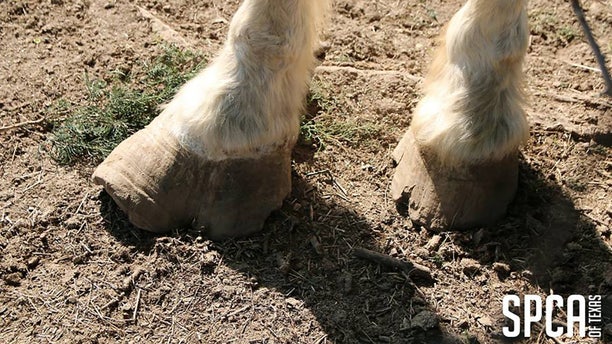 Animals suffered from varying injuries, including cracked and overgrown hooves. (SPCA of Texas)

Most of the animals were found roaming the fenced-in property with varying health problems, including overgrown and cracked hooves and open sores.

The agency said it first visited the property on March 3 after receiving a complaint of suspected animal cruelty. Officials then began to work with the owners, educating them on proper animal care and entering into an agreement with them to bring the animals’ conditions up to Texas' health and safety code.

Officials didn’t know about the dead horses at that time, the statement said.

SPCA investigators checked on the animals two more times before receiving a second complaint on March 30—this time of more than 50 dead horses on that same property. 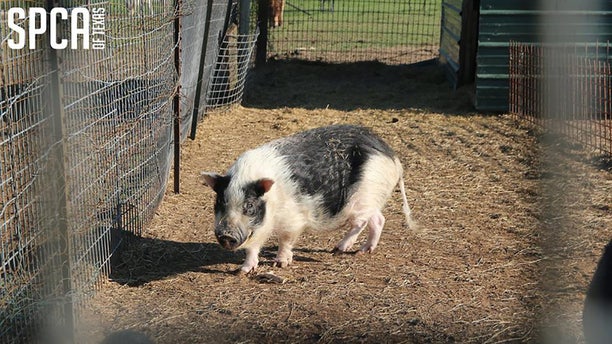 Six pigs were found confined to a tiny wired pen without access to nourishment. (SPCA of Texas)

Police and SPCA officials then worked together to gather evidence and take custody of the animals.

A deceased horse was taken so its cause of death could be determined by a necropsy, the statement said. The living animals were examined by a medical staff and will receive care until a custody hearing on April 19.

The owners have not been charged.