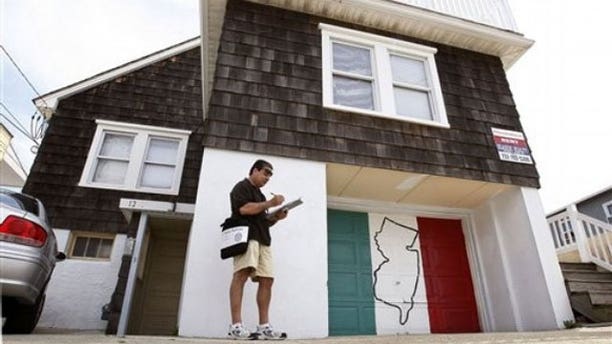 The U.S. Census Bureau is reviewing 10,000 questionnaires after two managers in a New York field office allegedly forged household interviews in an attempt to meet a deadline -- the latest incident of alleged census fraud that has prompted at least two federal lawmakers to call for an investigation.

The two managers, who allegedly cheated by copying information from phone books and Internet directories, were turned in by colleagues and fired last week. The alleged fraud occurred in a census office in Brooklyn, N.Y., that oversees 165,000 housing units.

"They were essentially trying to complete forms that were not completed in their entirety by using other sources of data," Census spokesman Stephen Buckner said in an interview Thursday with FoxNews.com.

The Brooklyn office is now reviewing the 10,000 forms -- the bulk of the work completed by the office in a two-week period -- but does not know precisely how many questionnaires were forged.

"We have no signs that it would be that many," Buckner said.

Buckner referred to the latest case of alleged fraud as an "isolated incident" and said various "quality control measures" are in place to ensure accuracy in conducting the nation’s official head count.

But the scandal is the latest blow to a Census Bureau already hit by previous allegations of over-billing and mismanagement -- leaving some wondering how the agency plans to prevent such incidents from happening again.

According to a government audit released last February, thousands of workers hired in 2009 were trained and paid without ever having worked for the bureau. The Commerce Department's inspector general report also found that several temporary workers overbilled the agency for travel expenses. And on June 2, a temporary worker based in Louisiana used a hidden camera to reveal several cases of alleged wrongdoing by other workers at the bureau, including falsifying the number of hours worked.

"I had a payroll supervisor tell me not to worry about having been paid for hours I did not work,” Shaughn Adeleye wrote in an article posted to the conservative website, biggovernment.org.

"We were also coached to indicate government phone numbers were in fact our personal cell phone numbers (a blatant lie) in order to prevent people from calling and harassing us," Adeleye claimed.

In the wake of last week's scandal, Rep. Patrick McHenry, R-N.C., and Rep. Lynn Westmoreland, R-Ga., ranking members on the House subcommittee that oversees the census, fired off a letter Tuesday to Rep. Edolphus Towns, D-N.Y., chairman of the House committee on Oversight and Government Reform, demanding a full investigation into the Brooklyn case.

"The two managers conspired to turn the local census office ... into a workshop for waste, fraud and abuse," McHenry and Westmoreland wrote to Edolphus, who represents New York's 10th congressional district based in Brooklyn. "As the House Committee with direct oversight responsibility for the Census, we have an obligation to fully investigate this wrongdoing."

Buckner said that the bureau is going to extremes to ensure an accurate head count in the 2010 Census.

Among the procedures in place are plans to re-interview households at random to ensure accuracy. And Buckner said the bureau is currently planning to re-interview any housing units that have inconsistencies on their forms, which he estimated to be about 7.5 million households.

Buckner also stressed that the Census Bureau has implemented "multiple layers of supervision in the field to make sure there is not a systemic problem" in data collection. And he said the bureau is planning to verify that all housing units identified as vacant are uninhabited.

"That's a big quality improvement," he said, referring to the last census conducted in 2000. "We're pretty much ahead of schedule when it comes to the door-to-door campaign. We've got good cooperation from the American public -- over 72 percent of the resident population mailed back their census form."

"We want to make sure everyone's following the procedures we have in place," he said.