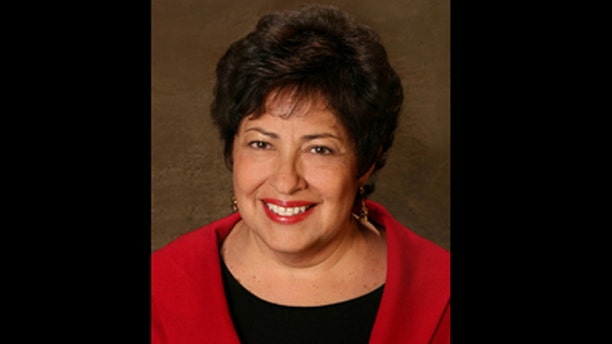 Katherine Archuleta is the first Hispanic confirmed as the U.S. government’s personnel chief.

The Senate on Wednesday confirmed Archuleta, who is 64 and was the national political director for President Obama’s reelection campaign.

Archuleta will be one of the highest ranking Hispanics in the administration.

The confirmation vote, 62 to 35, reflected the bitter partisan bickering that has intensified this year, most recently over the Affordable Care Act. Eight Republicans joined Democrats in confirming Archuleta.

A White House statement praising the vote said: "Katherine brings broad experience and a deep commitment to recruiting and retaining a world-class workforce for the American people. She is an established advocate for public service and federal workers.Katherine shares President Obama’s vision for diversity and inclusion in the federal workforce and she will be a champion for federal workers – the dedicated men and women who are devoted to public service."

Archuleta is no rookie in the world of politics, or to the Beltway.

“Katherine brings to the Office of Personnel Management broad experience and a deep commitment to recruiting and retaining a world-class workforce for the American people,” Obama said in a statement. “I am grateful Katherine has agreed to serve, and I look forward to working with her in the coming years.”

In an interview last year with Politic365.com, a political news site, Archuleta said her foray into politics was rooted in a desire to improve conditions and life for women and Latinos.

“You do it because you have a deep passion for public good, for civic engagement,” she said, according to the site.

“For me, I was passionate about women’s issues and Latina issues in particular. I never imagined that I would be in this position, but I always knew that I would speak out on behalf of Latinas.”

She served as an adjunct professor at the University of Denver from 1992 to 1993, and before that held various positions in the Office of the Mayor of Denver from 1983 to 1991, including deputy chief of staff.