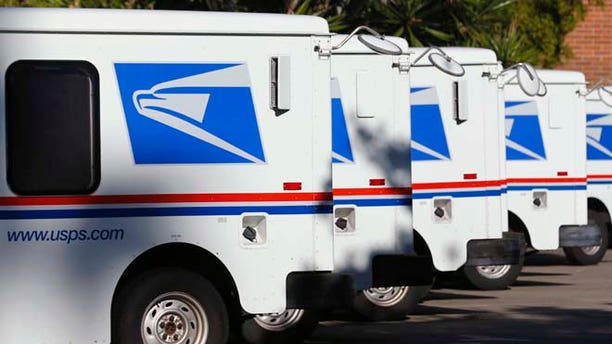 Chinese government operatives reportedly are suspected of hacking the U.S. Postal Service, in a security breach that may have compromised personal information for more than 800,000 workers.

The breach was announced Monday, as President Obama arrived in Beijing.

The Postal Service confirmed the incident in a written statement, saying personal information that may have been obtained in the attack includes employees' names, dates of birth, Social Security numbers, addresses, emergency contacts and other information.

The agency said customers at local post offices or those using its website, usps.com, were not affected. However, people who used its call center may have had telephone numbers, email addresses and other information compromised.

The FBI and other federal agencies are investigating.

"It's an unfortunate fact of life these days that every organization connected to the Internet is a constant target for cyber intrusion activity," Postmaster General and CEO Patrick Donahoe said.

The Washington Post reported that Chinese government hackers are suspected of being behind the breach, and that it compromised information from more than 800,000 postal workers. This comes as Obama begins his Asia-Pacific tour in Beijing, starting with meetings with President Xi Jinping and an economic summit.

The hack reportedly was noticed in mid-September.

While the breach mostly affected employees, the Postal Service said it "compromised call center data" for customers who reached out with an inquiry via phone or email between Jan. 1 and Aug. 16 of this year.

"This compromised data consists of names, addresses, telephone numbers, email addresses and other information for those customers who may have provided this information. At this time, we do not believe that potentially affected customers need to take any action as a result of this incident," the agency said.

Donahoe said the service has "significantly strengthened" security as a result of the breach.

"We take such threats seriously and  regularly take action to protect our networks, our customers' data and our employees' information," he said in a statement.