Days before the Bureau of Prisons [BOP] is set to face its first public grilling about the death of Jeffrey Epstein, Sen. Ben Sasse, R-Neb., sent a heated letter to the department’s director warning her to “come prepared” to give “substantial answers” about the Epstein case during her testimony to the Senate Judiciary Committee this coming Tuesday.

“To pretend like this issue, which is by far the public’s top concern with your agency, won’t be a significant focus of attention at this hearing is naïve – to the point of being laughable,” Sasse wrote to BOP Director Dr. Kathleen Hawk Sawyer. “While there may be particular details that you cannot yet answer, deflecting difficult questions won’t cut it.”

The letter was sent Monday, a week before the annual BOP oversight hearing because, according to Sasse’s office, the Justice Department indicated its  “unwillingness to provide substance” on the Epstein death investigation during questioning. 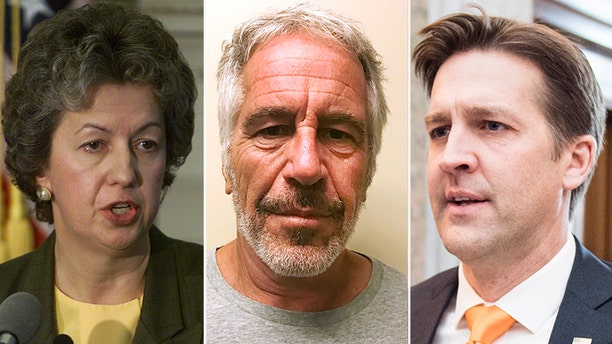 The Federal Bureau of Prisons has been under fire since Epstein was found dead in his jail cell on Aug. 10 at the Metropolitan Correctional Center [MCC] in Manhattan. The Medical Examiner in New York classified Epstein’s death as a suicide by hanging, but Epstein’s brother, Mark, said he could have been murdered.

“There are a whole lot of people out there who breathed a sigh of relief who believe their secrets died in that jail cell with him,” Sasse told Fox News in a phone interview about Epstein, who was accused of operating a child sex trafficking network. “It’s unconscionable that the guy that had all this information on co-conspirators was not guarded each and every minute.”

The BOP has faced scrutiny since over its handling of Epstein while in custody. In fact, Attorney General William Bar said he was appalled by Epstein’s death and said there were serious irregularities at the MCC.

“Epstein’s death makes it significantly harder to prosecute his co-conspirators,” Sasse wrote. “Wealthy and powerful men raped innocent children, and it is an outrage that so much of the evidence of these crimes died with Epstein while in your agency’s custody.”

However, three months after Epstein’s death, details about the irregularities have been hard to come by as the DOJ, FBI and BOP have conducted their investigations.

Sasse wrote that he wanted to know, “whether steps were being taken to preserve evidence,” in Epstein’s jail cell and otherwise.

“These and so many other questions deserve answers. And yet, months later, we’re still in the dark about what happened to Epstein,” the senator wrote.

Among the questions: why was Epstein put on, and then taken off, suicide watch in the days leading up to his death?

Also, did investigators have video evidence definitively proving that Epstein killed himself? It has been reported that at least one of the cameras malfunctioned inside the MCC.

Unions representing BOP guards said their concerns about rampant staffing shortages at MCC and other BOP facilities around the country largely were ignored and made a high-profile death such as Epstein’s inevitable. Both guards tasked with watching Epstein reportedly fell asleep and failed to watch over Epstein every 30 minutes.

“Dr. Sawyer ought not to show up,” Sasse said, “unless she’s willing to show up and answer questions about this.”