Graham wants to haul back Comey to testify on Clinton email case, says 'I smell a rat'

Sen. Lindsey Graham told Fox News on Thursday that he wants to bring back James Comey to testify on Capitol Hill, citing concerns about his statements on the conclusion of the Hillary Clinton email case.

“This doesn’t add up, and I smell a rat here,” Graham, R-S.C., said in an interview with Fox News' Catherine Herridge.

The Republican senator, who chairs a Senate Judiciary subcommittee, and Judiciary Committee Chairman Chuck Grassley, R-Iowa, last week revealed new details they learned about the Clinton case from interview transcripts. According to the senators, the transcripts say Comey began drafting an “exoneration statement” for Clinton weeks before interviewing her – which in turn raised questions about the former FBI director’s testimony in June before the Senate Intelligence Committee. 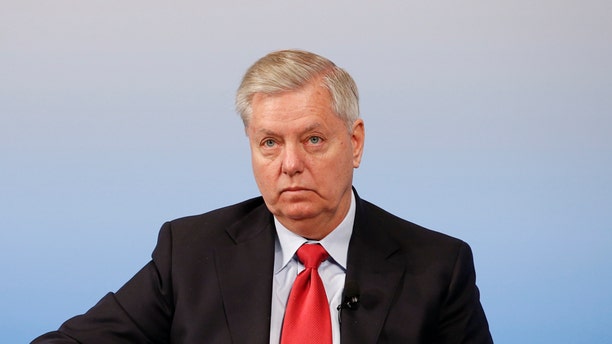 Yet the transcripts suggest Comey was planning a statement weeks, if not months, earlier. Graham said Thursday he doesn’t think Comey perjured himself, but suggested the interview transcripts raise questions that must be resolved.

Graham said there are two issues he wants to discuss.

The first is whether Comey had “predetermined the result” of the email probe before the Clinton interview, “contrary” to his testimony.

The second concerns Comey’s claim that he jumped into the fray because of the tarmac meeting. Graham said he has reason to believe the “real reason may have been some email between the DNC and the Justice Department about the scope of the Clinton investigation,” and this would be “completely different than when he publicly testified.”

Graham explained that while Comey cited the tarmac meeting in his testimony, the fired FBI director has said in other settings “that the real reason he got involved was because he thought that there was an email the Russians had between the DNC and Justice Department trying to wire the Clinton investigation.”

Further, he noted that if Comey “had actually made up his mind about the disposition of the case before the Lynch/Bill Clinton meeting, that seems to have fallen by the wayside.”

The transcripts in question were from interviews conducted by the Office of Special Counsel, which interviewed James Rybicki, Comey’s chief of staff, and Trisha Anderson, the principal deputy general counsel of national security and cyberlaw, the GOP senators said.

The notes reflect claims that Comey “wrote a draft” of his exoneration statement around early May 2016. Another passage suggests Comey sent around a draft in an attempt to be “forward-leaning” given the “direction the investigation” was headed.

It remains unclear whether Comey could have drafted a similar statement for a scenario in which charges would be filed against Clinton.