Google calls staffers back to US after Trump order on immigration, report says 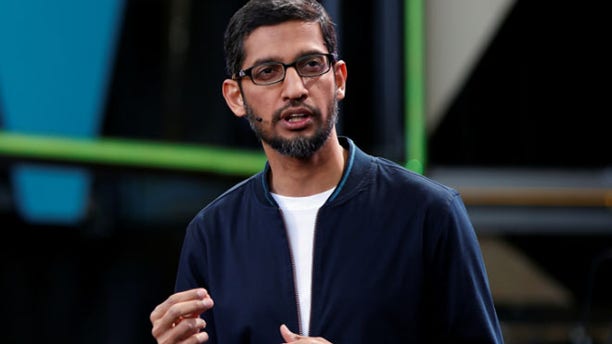 Google's CEO wrote a memo to staffers that it is 'painful' to see the personal cost of President Trump's order on our colleagues. (Reuters)

Google called on its employees who may be affected by President Trump’s immigration order to get back to the U.S. as soon as possible, according to a report published Saturday.

Bloomberg obtained a copy of a memo from the company’s CEO, Sundar Pichai.

"It’s painful to see the personal cost of this executive order on our colleagues," Pichai wrote. "We’ve always made our view on immigration issues known publicly and will continue to do so."

An unidentified source told Bloomberg that the concern is that employees from one of the seven countries that Trump identified may not be allowed back in to the U.S., even if that person has  a valid visa.

"We are advising our clients from those seven countries who have green cards or any type of H-1B visa not to travel outside the U.S." Ava Benach, a partner at immigration law firm Benach Collopy LLP, said in the report. “No one is really sure whether a green card holder from these seven countries can return to the U.S. now. It’s fairly clear that an H-1B visa holder can’t," Benach said.

Trump's executive order suspends all immigration from countries with terrorism concerns for 90 days.

The State Department said the three-month ban in the directive applied to Iraq, Syria, Iran, Sudan, Libya, Somalia and Yemen - all Muslim-majority nations.

The order also calls for Homeland Security and State Department officials, along with the director of national intelligence, to review what information the government needs to fully vet would-be visitors and come up with a list of countries that don't provide it.

The order says the government will give countries 60 days to start providing the information or citizens from those countries will be barred from traveling to the United States.

The temporary halt to refugee processing does include exceptions for people claiming religious persecution, so long as their religion is a minority faith in their country. That could apply to Christians from Muslim-majority countries.