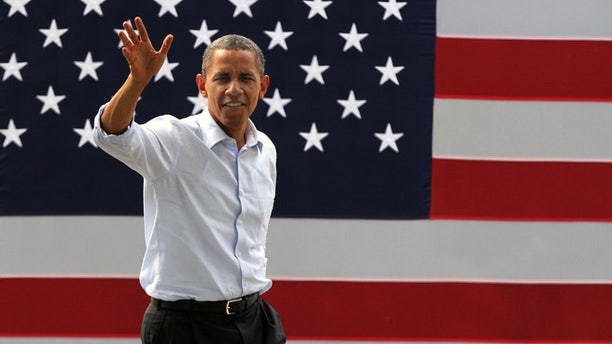 The Obama campaign would like voters to believe that Paul Ryan's Medicare plan would "end Medicare as we know it" -- privatizing the whole system and costing seniors more than $6,000 extra a year.

But the campaign, even before Ryan was selected as Mitt Romney's running mate, has effectively been running against the wrong Ryan plan.

The president's accusations largely refer to Ryan's 2011 plan, ignoring the fact that the House Budget Committee chairman rolled out a different version in 2012 -- taking into account Democratic critiques. Though the 2012 plan is more moderate, Obama and his surrogates have all but ignored the newer version as they amp up their accusations against the Romney-Ryan ticket.

Most glaringly, the campaign has omitted a key point.

While Ryan's 2011 plan proposes to give seniors a government payment to buy private insurance, his 2012 plan offers seniors a choice.

Under the blueprint, seniors could use the payment to buy private insurance or stay in traditional Medicare.

This distinction rarely comes up at Obama campaign events.

"They want to turn Medicare into a voucher system," he said. "That means seniors would no longer have the guarantee of Medicare -- they'd get a voucher to buy private insurance. And if it doesn't keep up with costs, well, that's the seniors' problem."

Obama neglected to mention the traditional Medicare option. Under the plan, the two-tiered system would kick in a decade from now.

An Obama campaign official, though, defended the language being used, since the latest Ryan plan would still require seniors to use a "voucher" to purchase either private plans or traditional Medicare. "It's eliminating the guarantee that seniors have today," the official said.

Another distinction the campaign has chosen not to make is over the average cost to seniors. For months, Obama has cited an estimate that the Republican budget plan would cost Medicare seniors $6,400.

The ad says: "And experts say his voucher plan could raise future retirees' costs more than $6,000. ... Get the facts."

But that estimate is from early 2011, and refers to Ryan's outdated plan from the same year. Sharp-eyed viewers would see in the latest Obama ad the fine print that attributes the estimate to "Center on Budget and Policy Priorities, 4/8/11."

However, the CBO this year said it "does not have the capability" to estimate the individual impact of the latest Ryan plan, though it cautioned "beneficiaries might face higher costs."

The Obama campaign official said the campaign would be "happy" to use 2012 numbers -- if only Republicans would provide a plan that included enough specifics to be scored.

"We're using the most recent data that's available," the official said, calling the approach "within bounds."

Obama has continued to campaign off the $6,400 figure.

"Somebody did the analysis -- not us, somebody else," Obama declared Saturday in New Hampshire. "And they estimate that this could force seniors to pay as much as an extra $6,400 a year for their health care."

The Medicare guarantee issue has led to exaggeration on both sides. Fact-check site Politifact rated the oft-repeated claim that Republicans voted to "end Medicare" as the "Lie of the Year" for 2011.

The same site, though, rebuked Romney for trying to use the same line against Obama. The Romney campaign has accused Obama of trying to dismantle Medicare by using billions in cuts to fund the federal health care overhaul. This, wrote Politifact, "takes some shreds of truth and combines them with worst-case-scenario speculations, then deploys overheated language."