Dem's potty mouth gets her banned from speaking at party fundraiser 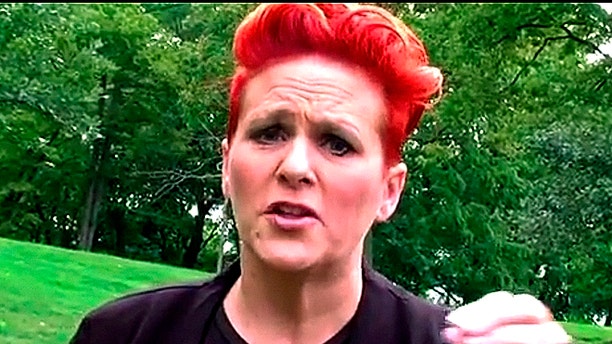 An Iowa Democratic congressional candidate’s foul mouth reportedly has gotten her barred from speaking at a local fundraiser next month.

The Des Moines Register reports that a Polk County Democratic Party committee voted not to offer a speaking invitation to Heather Ryan for their upcoming steak fry, where several members of Congress and other candidates from across the state will speak.

Committee co-chairs Kimberley Boggus and Lindsay Paulson reportedly wrote in a letter to party members that the event will include children and should be “family-friendly.”

“The committee wants to make sure all people feel comfortable attending, including parents with young children,” they wrote.

The candidate fired back on Facebook, saying in a video that she’s being censored.

“The party that tells women to sit down and shut up is not supposed to be the Democratic Party,” she said. “… I may not be refined, but I’m real. The polished turds that they continue to shove down our throats as politicians are still turds.”

In the video, she said the reason for the local party’s decision was that she called Republican Rep. David Young – the candidate she wants to challenge – an “asshole” at a recent party event.

In a campaign announcement video, the Navy veteran and businesswoman defended her penchant for profanity. She described her views as “slightly left of Jesus” and said she wants sensible gun reform and universal health care.

The party chairman told The Des Moines Register that the candidate could still attend the steak fry – and could speak at other events.