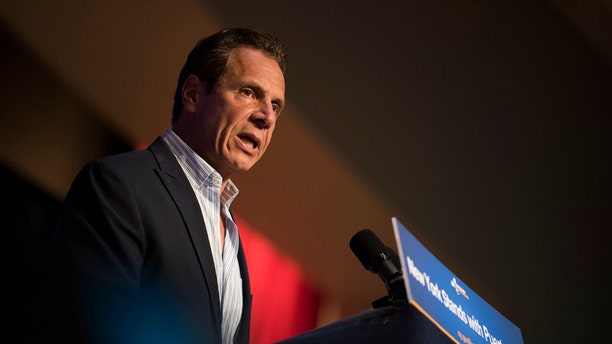 "The allegations against Harvey Weinstein are disturbing, horrid and the debate should be on how to best root out this reprehensible behavior and protect women from harassment and abuse. It’s shameful that some have sought to use this matter to score political points, but the real issues are far too serious to allow any distraction to overtake them. For that reason, the extraordinary step will be taken of giving all contributions from prior campaigns whose committees have been closed for years so that we can dispense with the Republican ploys and focus on the real issues.”

The statement ended with a shot at Republicans: “Will Republicans accept the support of a president who himself disrespected, demeaned and harassed women? Will they support pay equity? Where do they stand on Betsy DeVos rolling back Title 9 protection for sexual assault on college campuses? Do they support Roe v Wade? These are the answers that the people of this country deserve."

The Washington Free Beacon previously reported that Cuomo had been planning to keep more than half of the donations from Weinstein – a major Democratic donor and Hollywood titan – after reports surfaced that he allegedly sexually harassed and abused multiple women.

The Free Beacon reported that Cuomo had raised $110,400 from Weinstein or his film studio. Republicans had been criticizing Cuomo for holding onto some of the money, even as other Democratic officials returned it.