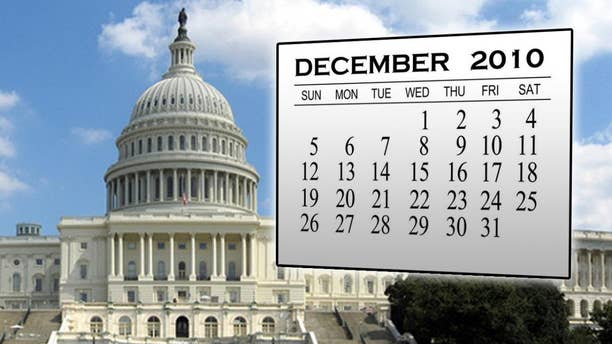 Congress stayed in session until the last minute to pass outstanding legislation before Democrats lose seats this January.

The Senate is scheduled to hold a procedural vote on the $858 billion dollar Obama-McConnell tax compromise legislation at 3:00p.m. ET. The vote, which will require 60 yea votes to succeed, could pave the way for final passage of the measure later in the week.

House Democrats seem to have softened their stance on the bill over the weekend despite passing a non-binding resolution on Thursday to not consider the plan in its current form.

House Majority Leader Steny Hoyer, D-Md., discusses the tax cut plan and the need "to look beyond two-year election cycles" in politics at a 9:30 a.m. ET address at the National Press Club.

We'll be covering all these stories and more, so stay with Fox News for all the latest.