AEHQ: Who’s Got the Ground Game? 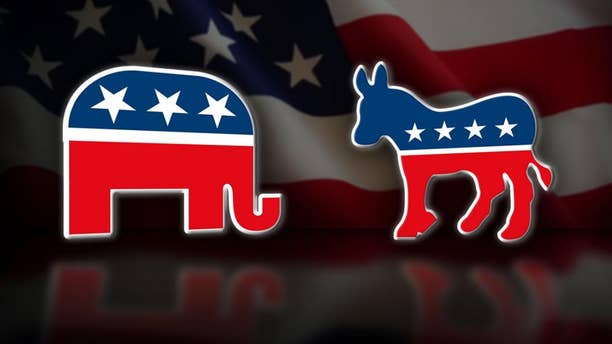 If President Obama and Vice President Biden are focusing their efforts on supporter turnout this November, they've got an uphill battle.

Four million more voters cast their ballots in the Republican primaries than in the Democratic primaries this year, according to a report out of American University. It's the first time Republicans have generated more primary voters than Democrats nationwide since 1930, and is further evidence Republicans have the momentum entering the midterm elections.

And it's not just a national wave that Democrats are worried about; Rothenberg says there are "state-specific waves, mini waves occurring in individual states" where entire columns of Democratic candidates on the local ballot are having trouble ginning up enthusiasm, particularly in key states like Wisconsin, Pennsylvania, and Ohio.

"If Republicans are turning out in big numbers, they're going to turn out in big numbers to vote up and down the ticket," said Rothenberg. "And if Democrats stay home, those are Democratic voters who are not only not voting for the Democratic Senate candidate, they're not voting for Democratic congressional candidates or state legislative candidates either."Even in President Obama's home state of Illinois, Democrats are in jeopardy of losing key seats. Not only is Illinois part of the "national political environment where people want change and that favors Republicans," Rothenberg says, voters in the state have been affected by the lingering shadow of former governor Rod Blagojevich and talk of corruption within the local Democratic machine.

"Up and down the [Illinois] ballot, Republicans are doing surprisingly well," says Rothenberg. "Even a couple of years ago, we thought Illinois [was] reliably in the Democratic column...And suddenly, the Republican party looks robust in Illinois with a good chance to win the governorship, the Senate seat, and a number of Congressional districts."