‘Unhealthy competition’: Valedictorians so scary that school may stop honoring them 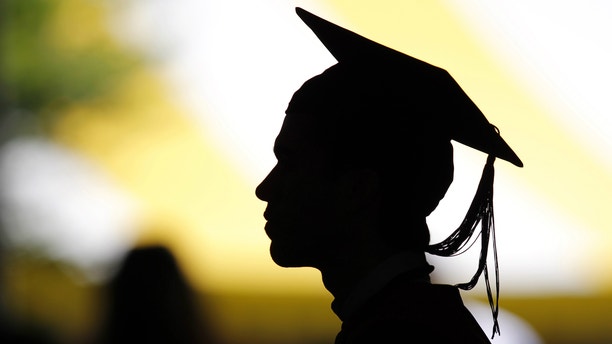 A public school district near Louisville, Kentucky has come down with a bad case of what I call “Participation Trophy Syndrome” – or PTS.

The Greater Clark County School Board in Jeffersonville, Indiana, is considering a plan to eliminate the valedictorian system because it creates “unhealthy competition,” according to Supt. Andrew Melin.

Unhealthy competition? Is he serious?

Did a kid suffer a concussion while trying to parse a participle or pulling a hamstring on their way to academic greatness?

“When students are competing for the Val and the Sal, they’re trying to find ways to maneuver through the system to try and get the best grades they can possibly get, as opposed to taking the course work that’s truly in their own best interest,” Supt. Melin told television station WHAS.

For you folks living in a commune in Berkeley, the “Val” is the valedictorian and the “Sal” is the salutatorian.

Now, the superintendent does have a valid point. If the kids are taking easy classes for an easy “A” – well, that’s not right.

But I’m curious about the kinds of courses he thinks the youngsters need to take. Are we talking about useful classes like shop or mechanics? Or is it more along the lines of “The Textual Appeal of Tupac Shakur” or “Interrogating Gender: Centuries of Dramatic Cross-Dressing”?

So instead of honoring the best and the second-best – the school is considering a plan to honor more kids.

“We’ve got all these great students that work very hard, and become very distinguished in their academic career and we want to be able to recognize more of those students at the end of a given year,” he told the television station.

My diagnosis has been verified, folks.

Clark County does in fact have an infestation of PTS. The school district will discuss the change on Sept. 6 – meaning the disease is only in the incubation stage.

Symptoms of Participation Trophy Syndrome may vary depending on the seriousness of the outbreak. However, most of the infected typically receive a trophy or a gold star.

Parents should also be wary of underage athletic programs. Teams that refuse to keep statistics or scores are more than likely infected.

A school district in Whiteville, North Carolina recently made a similar change. Instead of recognizing two students, they will move to a three-tier Latin honor system.

But even in the Latin honor system, someone still has to be number one, right? So isn’t that person being denied well-deserved honor and accolades?

Public schools are doing a disservice to kids when they try to cushion them from disappointment. In the real world, not everyone comes in first place.

In essence, they are minimizing achievement and teaching kids to aspire to mediocrity. What kind of message does that send to the kids who are trying to do their very best?

Just remember, folks. When everybody is a winner – we’re all losers.