Bipartisanship and the promise of the 21st Century Cures Act 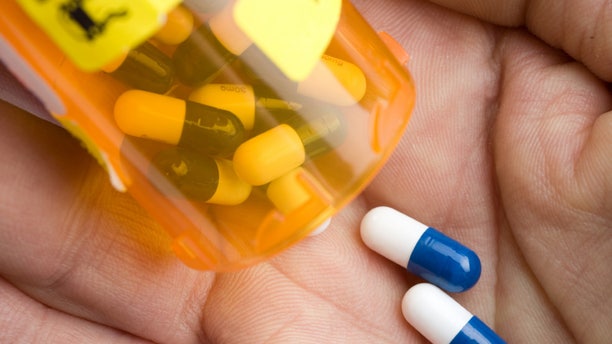 Don’t look now, but a wave of bipartisanship is sweeping across Capitol Hill – and this time it’s a matter of life and death.  Ok, maybe it’s more of a ripple, but at this stage of stalled legislative progress, that’s worth having.

For decades, American medical innovation has been at the forefront of finding cures for many diseases and illnesses, but the complex web of conflicting and duplicative regulations in Washington have been weighing down the process and preventing new drugs and treatments from getting to market.

The House Energy and Commerce Committee decided it was time to do something about it and has introduced new legislation called the 21st Century Cures Act that has support from Republicans and Democrats (imagine!). The goal is to improve the process of making sure new biomedical ideas can get through the regulatory process more quickly.  In this golden age of technological innovation, there are a number of untapped resources that could help get better drugs to market faster.  And accelerating cures means saving lives.

Here are 3 proposals in the bill:

1. Promote the Patient Perspective Into the Drug and Device Approval Process

What a crazy idea, including the patient’s thoughts and feelings into the process – I mean who ever would have been helpful to medical decision making?  Unfortunately, personal experiences that patients have faced in haven’t carried enough weight as new drugs and new devices are considered for approval.  If patient data exists to tell us if a particular treatment is or isn’t working, wouldn’t the Food and Drug Administration (FDA) want to know that?  21st Century Cures requires the FDA to incorporate this valuable data into its regulatory decision-making process. This will help identify the best treatments possible and give researchers more information about potential benefits and risks to new treatments.

When intelligent people are asked to come together to solve a problem, it’s amazing what can happen.  That’s why 21st Century Cures removes dangerous barriers that have discouraged the exchange of information between researchers, manufacturers, patients and physicians.  For the first time in history, representatives from each of these areas will be brought to the same table.  And experts believe that this unprecedented collaboration will produce faster cures.

In 2015, new methods exist that can help speed up the patient recruitment for targeted clinical trails that can produce results both faster and at a lower cost.  21st Century Cures allows researchers to screen patients in advance to determine if they’re a good fit for a particular trial by helping to identify things such as genetic predispositions.  For example, the ongoing Lung Cancer Master Protocol (Lung-MAP), that is able to target treatments for patients based on their genetic mutations. The president in his State of the Union address also highlighted the work of the Cystic Fibrosis Foundation and their efforts to embrace precision medicine. Just last week the FDA approved a new treatment for young patients with a particular CF mutation. These treatments show incredible promise and 21st Century Cures encourages more of this kind of innovation.

By streamlining this process, promising new drugs can be tested on the patients that are most likely to benefit.  When a clinical trial has a track record with proven results, safe drugs are more likely to reach the market as quickly as possible.

Those are three of the common sense steps this legislation would implement that would help speed up research and result in life-saving treatment for countless Americans.

No legislation is perfect.  And the private sector’s concerns should be taken under consideration since they are the ones investing in the research and development that will ultimately produce the new and improved drugs that reach our home and hospitals.

The 21st Century Cures Act will be on the House Floor for a vote this week.  You may want to tune in when it does, because moments of bipartisanship don’t exactly happen every day in Washington.

For more information on the bill, visit energycommerce.house.gov/cures.