America's kids got more stupid in reading, math and science while Team Obama was in charge 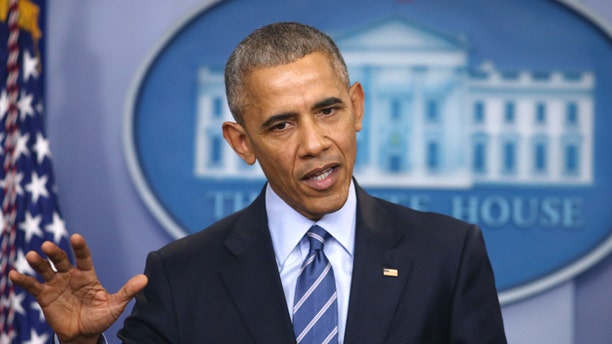 FILE -- Former President Barack Obama speaks to journalists as he participates in his last news conference of the year at the White House in Washington, U.S., December 16, 2016. (REUTERS/Carlos Barria)

American school kids became more stupid under the Obama administration, according to rankings released by the Organization for Economic Cooperation and Development.

They recently released the results of a worldwide exam administered every three years to 15-year-olds in 72 countries. The exam monitors reading, math and science knowledge.

Click here to learn how to take back your local public school!

Based on their findings, the United States saw an 11-point drop in math scores and nearly flat levels for reading and science.

The Land of the Free, Home of the Brave, fell below the OECD average – and failed to crack the top ten in all three categories.

In other words, thanks to the Obama administration’s education policies, kids in the Slovac Republic are more proficient in multiplication.

In fairness, American teenagers may not know long form division - but by golly they know their non-binary gender pronouns. Yes sir, they do!

But you can't blame the kids for being dumb as rocks.

Instead of aspiring to greatness, public schools across the fruited plain are programming kids to be mediocre.

It doesn't matter if Little Johnny thinks five plus four is 12.

Modern-day classrooms are safe spaces where everybody’s a winner – everybody gets a gold star.

There's just one problem with that philosophy. When Little Johnny becomes Big Johnny he's going to be living off the taxpayer dime.

And good luck making change down at the Piggly Wiggly.