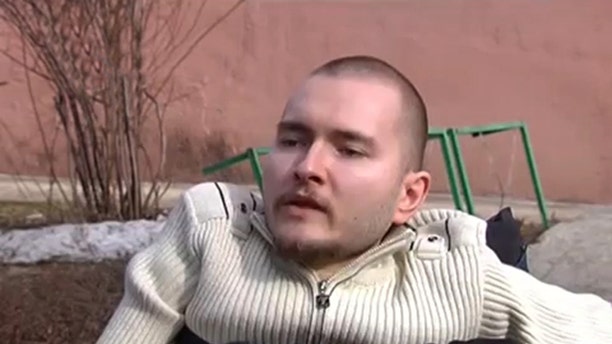 Valery Spiridonov who has put himself forward to have the world's first head transplant is going to meet the surgeon. (CEN)

A man set to become the world’s first head transplant patient has scheduled the procedure for December 2017.

Valery Spiridonov, 30, was diagnosed with a genetic muscle-wasting condition called Werdnig-Hoffmann disease, and volunteered for the procedure despite the risks involved, Central European News (CEN) reported.

“When I realized that I could participate in something really big and important, I had no doubt left in my mind and started to work in this direction,” Spiridonov, a Russian computer scientist, told CEN. “The only thing I feel is the sense of pleasant impatience, like I have been preparing for something important all my life and it is starting to happen.”

Dr. Sergio Canavero, an Italian neurosurgeon, will perform the procedure on Spiridonov. The procedure is expected to last up to 36 hours, and it will require Spiridonov’s head be cooled as well as the donor’s body to extend the period during which the cells can survive without oxygen, CEN reported.

“According to Canavero’s calculations, if everything goes to plan, two years is the time frame needed to verify all scientific calculations and plan the procedure’s details,” Spiridonov told CEN. “It isn’t a race. No doubt, the surgery will be done once the doctor and the experts are 99 percent sure of its success.”

Spiridonov joked that first thing he plans to do after the procedure is go on a vacation.

“But on a serious note, this operation is aimed at restoring independence of severely disabled people. Once I get it back I’ll see what the life of a healthier person looks like,” he said.