The common oil that science now shows is worse than sugar 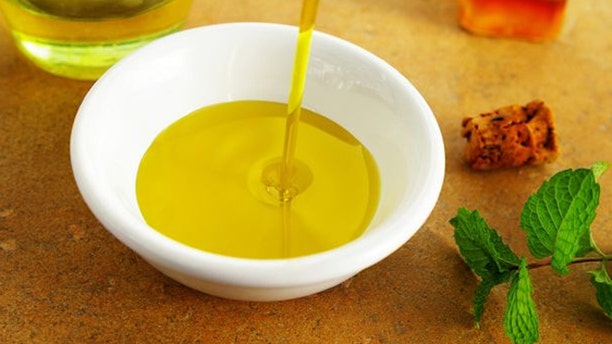 If you think that sugar is the unhealthiest thing you can eat, you're wrong. Apparently, the Worst Food on the Planet Award should actually go to soybean oil, suggests new findings published in the journal PLoS One.

Setting up a sort of dietary cage match, researchers fed mice a series of diets each containing 40 percent fat. The fat in the first diet was primarily saturated and came from coconut oil, while the fat in the second diet was primarily unsaturated and came mostly from soybean oil. The researchers also fed mice two altered versions of the high-fat diets that also contained fructose.

The assumption was that the fructose-eating mice would pack on the most fat and develop the worst insulin resistance. But that's not what happened. Instead, the mice who ate the soybean oil diet without fructose gained the most weight—9 percent more than the fructose-eating mice and a whopping 25 percent more than the mice who got their fat from coconut oil. Compared to their fructose-eating counterparts, the mice on the soybean oil diet also had fattier livers and more insulin resistance—both signs of impending diabetes and metabolic syndrome.

"That was a surprise, given that most people think that unsaturated fatty acids [like those found in soybean oil] are supposed to be healthy," said lead study author Poonamjot Deol, Ph.D., a cell biologist at the University of California, Riverside. They're also everywhere. A full half of all the vegetable oil produced in the world is soybean oil. And since it's cheap, the stuff is used in endless packaged foods. It's also a favorite at restaurants—many of which tout the fact that they use soybean oil right on their menus because it's perceived as healthy.

Deol and her colleagues aren't totally sure what makes soybean oil so horrible, but they guess that it could have something to do with the way the stuff influences genes that determine how the liver metabolizes fat. And other processed vegetable oils might not be much better.

"We've actually tested corn oil, and we found that it was also causing more obesity than coconut oil, but not as much as soybean oil. We haven't tested canola yet," she said.

But how much weight can you actually give to a study that was done on mice? Actually, more than you'd think. The amount of fat and fructose in the rodents' diets were designed to mimic what the average U.S. adult eats on a daily basis. What's more, the genes in our livers and the genes in the livers of mice act fairly similarly. So if loads of soybean oil turns a mouse's liver to fat, it probably isn't great for us, either.

That's why, even though more research is needed to unveil the nitty gritty details of how soybean oil wrecks our health, it makes sense to cut back where you can, Deol said.

So, avoid processed food that lists the stuff as an ingredient as much as possible. As for cutting it out altogether? It's worth a shot, but good luck.

"It's so prevalent in our food system. If something says vegetable oil, it's most likely soybean oil, or soybean oil is a component," warned Deol.