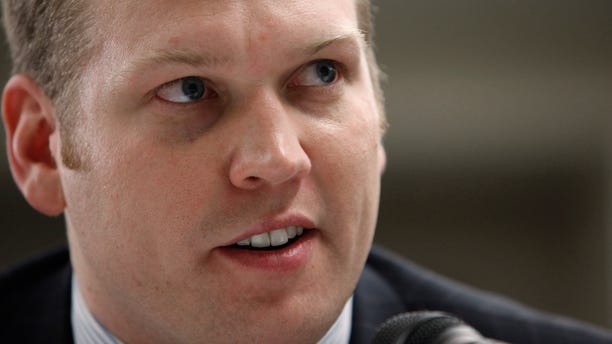 SAN FRANCISCO (AP) -- An uninvited guest at the NFL's annual pre-Super Bowl news conference about health and safety, Chris Nowinski stood nearby and listened Thursday as one of the league's chief advisers about concussions declined to acknowledge a link between football and the brain disease called CTE.

"I wanted to see the talking points in real time, and you can tell it affected me emotionally," said Nowinski, executive director of the Concussion Legacy Foundation and an outspoken critic of the NFL on the topic of head injuries. "It's just incredibly frustrating to see this stuff."

What he found particularly bothersome was an exchange between reporters and Dr. Mitch Berger, a member of the NFL's head, neck and spine committee.

Berger would not draw a direct line from football to chronic traumatic encephalopathy (CTE), a disease linked to repeated brain trauma and associated with symptoms such as memory loss, depression and progressive dementia. Just this week, it was announced that CTE was found in the brain of former Raider quarterback Ken Stabler, one of dozens of deceased players whose brains have shown signs of it.

Berger, chair of the department of neurological surgery at the University of California-San Francisco, repeatedly said that while the types of degenerative changes to the brain associated with CTE have been found in late football players, such signs have also been found "in all spectrums of life."

"Part of (the NFL's) general talking points is to say: Concussion can happen in any activity. ... It's all irrelevant," Nowinski said. "This is clearly part of a strategy to say, 'Don't focus on the fact that over 100 NFL players have been diagnosed with CTE in the last decade."

But Nowinski said that rather than focusing on concussions, the league should be more concerned with CTE.

"You do want people to invest in tools that can reduce the risk of concussion. I do want NFL players to be safer," Nowinski said. "But the big crisis facing the NFL and players - it's CTE, not concussion."

Nowinski said he thinks one way to reduce the number of players with CTE would be to decrease the number of years people play football, in order to cut their exposure to head trauma.

He said no one should play tackle football until high school.

"We promote all kinds of youth football - flag and tackle - as well as general youth physical fitness, no matter the sport or activity," NFL spokesman Brian McCarthy said. "Medical studies and leading medical groups do not support a ban on young people participating in contact sports."

"From my perspective, that's a real problem," he said. "That's like big tobacco teaching kids how to smoke."