Marijuana use by adults tied to few physical health problems 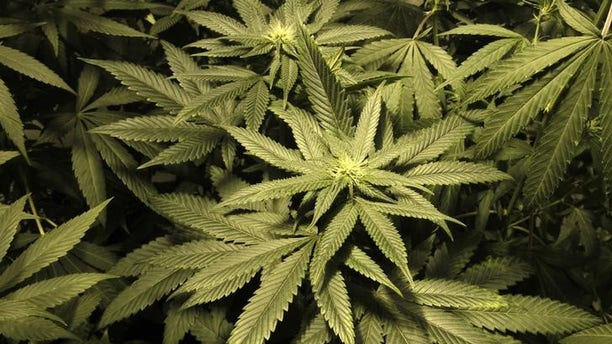 Other than being at an increased risk of gum disease, people who smoked marijuana for up to 20 years during adulthood were generally as healthy as people who didn't light up, according to a new study.

The same researchers had previously found that marijuana users were at higher risk of cognitive decline and descent into lower social and economic strata, but the new study suggests the same isn't true for physical health.

In periodontal disease, the gums around the teeth become inflamed, according to the National Institutes of Health. The gums pull away from the teeth, creating pockets that can become infected. Left untreated, periodontitis can lead to loss of teeth.

Overall, about 65 percent reported using marijuana at some point after age 18, according to the results in JAMA Psychiatry.

The researchers did not find a link between marijuana use in adulthood and poor physical health for a number of conditions, including lung function, systemic inflammation, metabolic health, blood pressure and body mass index (BMI), which is a measure of weight in relation to height.

After adjusting for a number of factors like tobacco use, the researchers did find that marijuana use throughout adulthood was tied to gum disease toward the end of the study period.

Moffitt told Reuters Health that the connection between marijuana use and the oral condition is likely explained by people putting lit objects close to their gums.

"Anything you smoke heats up your gums and causes inflammation and inflammation is bad for your teeth," she said.

Cannabis "is not a really big public health problem right now whether it causes mental health problems, downward social mobility and physical ailments because not many people are using it compared to tobacco and alcohol," said Moffitt.

"If the proportion of people who are likely to use cannabis were to increase, many problems associated with it would naturally increase as well," she said.