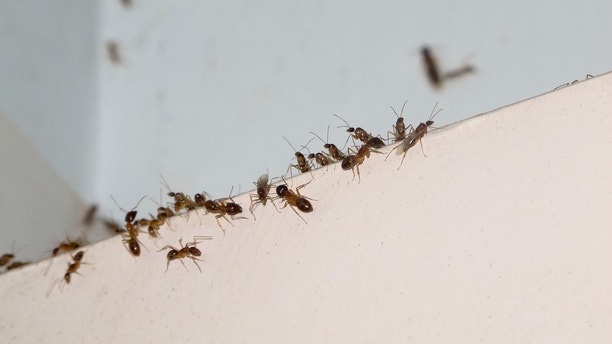 It was an ant problem that couldn’t be handled by an exterminator— hundreds of ants were removed from a 12-year-old girl’s head after setting up a colony.

In a video of the extraction process, live and dead ants are removed from the girl’s ear. According to the Toronto Sun, a dozen or so emerge every day. Shreya Darji, of Deesa, Gujarat in India, first complained of ear pain in August when doctors found the colony, Medical Daily reported.

While doctors have repeatedly removed the insects, they continue to reproduce and reside in the girl’s head.

According to the Sun, doctors have tried flushing her ears with antiseptic to drown the ants and have failed to find the queen ant with laparoscopic cameras.

“The girl’s case is very challenging for me, as I have never seen such a case, nor found it in medical history,” Dr. Jawahar Talsania told the Times of India. “The big ants must be biting her, but the girl did not feel pain inside her ears. Besides, there was no damage inside her ear.”