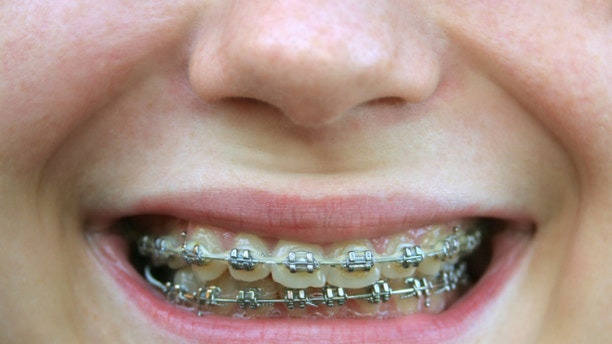 Adolescents may not be able to get out of wearing braces, but using a high-fluoride toothpaste for the duration could help them avoid white marks the devices often leave behind, according to a new study from Sweden.

The special paste with almost four times the usual fluoride content helped prevent about a third of the chalky-looking spots among kids between the ages of 11 and 16 years old, researchers say.

Past studies have shown that up to 85 percent of patients who wear braces may develop these so-called white spot lesions, which represent local tooth decay and tend to be permanent.

"To reduce this effect, several products are available on the market, but evidence of the effectiveness of the products is lacking," said Mikael Sonesson, lead author of the study and an orthodontist at Malmö University.

To see whether a high-fluoride toothpaste that patients could use at home would protect against the spots, more than 400 kids at five dental practices who were scheduled to get braces were recruited starting in 2008.

They were randomly divided into two groups, with about half receiving a paste containing 5,100 parts per million fluoride to use at home and the other half receiving paste that was similar in every way, except it contained 1,450 ppm fluoride - the amount in most standard commercial brands, according to the researchers.

Before getting their braces, all the youngsters had detailed photos taken of their teeth and photos were taken again after the braces were removed. The participants wore braces for an average of 1.8 years and received toothpaste supplies for as long as they did.

Two clinicians who did not know which fluoride paste the youngsters had used evaluated all the before-and-after photos to assess the presence and severity of white spots using a four-point scale.

About 10 percent of participants dropped out of the study for various reasons, though no side effects of the toothpastes were reported, Sonesson and his colleagues note in the European Journal of Orthodontics.

The results were not surprising, given previous research on the use of fluoride for preventing cavities, according to Nisreen Takulla, a dentist in the Boston area.

"High-fluoride toothpastes are often prescribed for patients at a high risk of dental caries, to be used once a day instead of regular toothpaste, and topical fluorides have also been proven to be very effective for caries control," said Takulla. Other ways to get higher doses of fluoride include mouth rinses and gels applied to the teeth.

To avoid white spots and cavities when wearing braces, the study's authors recommend being extra careful with brushing and flossing and avoiding a high-carbohydrate diet, which can be one factor that promotes tooth decay.

Additional fluoride, such as high-fluoride toothpaste, could be another important measure to prevent cavities, Sonesson said.

Such toothpastes should be used once a day in place of regular toothpaste and should not be swallowed; users also should not eat or drink for 30 minutes after brushing with high-fluoride paste.

But it's not just the toothpaste that's important, it's also the way one brushes, according to Takulla.

"Using the right technique to brush, and ensuring all surfaces of the teeth are cleaned, is as important (as the toothpaste used)," Takulla said.

Finally, in addition to home care, a dental exam and cleaning to identify white spots as early as possible, along with the application of a fluoride varnish, should be done every four to six months, Takulla said.