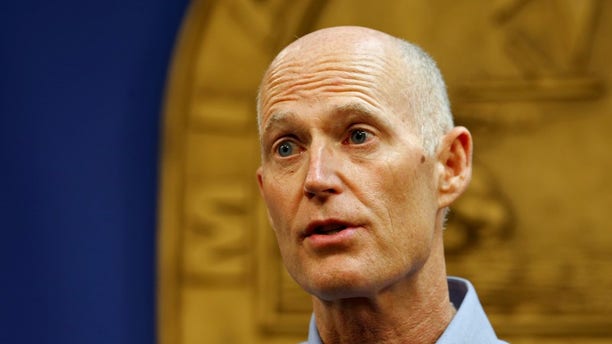 Florida Governor Rick Scott said on Wednesday the federal government had so far not delivered all the Zika antibody tests and laboratory support he had requested as the state battles the spread of the virus.

The complaint came as Zika cases mounted in some of the state's most popular tourist destinations and some residents pushed for more information.

On Wednesday, the Florida Department of Health reported a second non-travel related case of Zika in Palm Beach County, bringing the state's total to 43.

That followed Tuesday's announcement of Florida's first case of Zika transmitted by mosquitoes in Pinellas County, 265 miles (425 km) from Miami where the first locally transmitted U.S. cases were reported.

Health officials warned pregnant women last week not to travel to Miami Beach after Florida confirmed the mosquito-borne Zika virus was active there, becoming the second area in Miami to be affected after Wynwood.

The Zika virus was first detected in Brazil last year and has since spread across the Americas. The virus poses a risk to pregnant women because it can cause severe birth defects. It has been linked to more than 1,800 cases of microcephaly in Brazil.

In a teleconference on Wednesday, Scott made a plea for more support in fighting Zika, complaining that "Congress and the White House have not been good partners."

Scott said he asked the U.S. Centers for Disease Control and Prevention for 5,000 Zika antibody tests last week, but so far had only received less than 1,200. He had also asked for additional lab support personnel to speed testing.

CDC spokesman Tom Skinner said the agency had been responding to Florida's requests.

"CDC has and will continue to provide the support to Florida to address the Zika outbreak. We've provided millions in federal funds, deployed personnel and we've shipped materials for testing and more for testing still to come," Skinner said in an email.

In a Miami Beach neighborhood on Wednesday, workers from the Florida Department of Health went door to door to talk to residents about the virus and offer voluntary tests.

Among the area residents was 32-year-old jogger Jen Cheek, who said health workers told her they would respond by email to her inquiries about the speed of the virus' spread.

"There's a lot of people in my life right now who have young children or are pregnant," said Cheek. "We need as much information as possible."

Scott made some of the same complaints about the CDC last week, including the request for 10,000 Zika prevention kits.

Asked about delays in delivering the kits in a conference call on Friday, CDC Director Thomas Frieden said the agency had already provided 10,000 products containing the insect repellant DEET for use in Florida.

Frieden said the Zika prevention kits contained a number of products that would not necessarily be useful in Florida. In addition to insect repellent, the kits include bed nets, larvicide tablets and condoms.

"We sent the state of Florida more than $35 million for Zika and other emergencies. That includes funds to purchase the other products they might want in a Zika prevention kit," he said.

As for the request on Friday of 5,000 antibody test kits, Frieden said: "We've already arranged for them and they will begin shipping on Tuesday." The CDC said in a statement late on Wednesday that it planned another shipment of antibody test kits for Thursday, giving Florida the ability to conduct 6,300 Zika antibody tests.

As for the new case in Palm Beach County, Scott said he believed it was not related to an earlier non-travel related case announced earlier in the same county.