Cystic fibrosis patients surviving longer in Canada than US 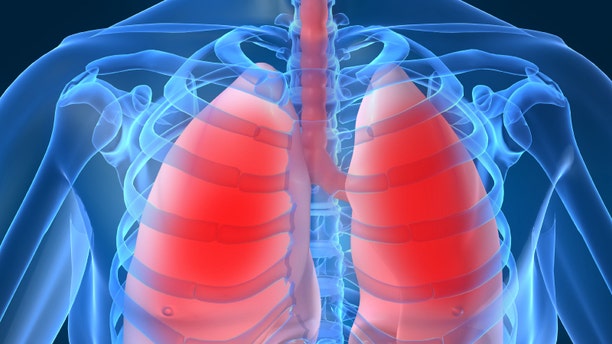 Canadians with cystic fibrosis survive about 10 years longer than Americans with the same genetic disease, according to startling new research that raises questions about how to improve care.

Monday's study suggests access to lung transplants and health insurance may play a role in the survival gap. And it comes as Congress debates health legislation that could roll back Medicaid, a safety net for about half of children and a third of adults with the lung-destroying disease.

"We're about finding the best care wherever it is and trying to understand, if Canada's got better outcomes, how do they do that so we can copy it," said Dr. Bruce Marshall of the U.S. Cystic Fibrosis Foundation, which funded the study.

More than 30,000 Americans, and 70,000 people around the world, are living with cystic fibrosis, caused by inheriting a defective gene from each parent. Sticky mucus builds up in their lungs and other organs, leading to life-threatening respiratory infections and improper digestion and nutrient absorption.

Only a few decades ago, children with the disease seldom survived elementary school. Now, thanks to earlier diagnosis and improvements in treatment, more and more live into adulthood and middle age.

But the median age of survival in Canada is almost 51 — meaning half live at least that long — compared to nearly 41 for U.S. patients, researchers reported Monday in Annals of Internal Medicine.

"These statistics are sobering," said Dr. Anne Stephenson of St. Michael's Hospital in Toronto, who led the study.

Researchers analyzed data from national registries of cystic fibrosis patients in each country from 1990 to 2013.

The findings mark "a hard reality we must accept," Drs. Patrick Flume of the Medical University of South Carolina and Donald VanDevanter of Case Western Reserve University wrote in an accompanying editorial. Neither was part of the research.

"Now we are faced with the more difficult task of trying to identify and implement solutions to bridge this survival gap, which seems to be based on fundamental differences in the two nations' health care systems," they said.

—A higher proportion of Canadian CF patients receive a life-prolonging lung transplant, 10.3 percent compared to 6.5 percent of U.S. patients. It's not clear why. But the survival gap widened significantly in 2005, the year that the U.S. introduced a new scoring system to prioritize people on the waiting list for lung transplants. Marshall said the CF Foundation is raising concerns with transplant regulators about whether nuances in that system give other lung diseases more priority.

—Canada has universal health coverage. U.S. patients with private health insurance had similar survival to their Canadian counterparts. But Canadians survived longer than U.S. Medicaid patients and those with no insurance, the study found.

Because Medicaid gives participants important access to specialized CF care centers, Marshall said "our hunch" is that poverty is the real factor. Even with Medicaid it's still hard to take time off work, find child care and travel to a clinic.

One other factor: Canada adopted better nutritional care for cystic fibrosis in the 1970s, a decade before the U.S., a difference likely to be affecting survival only among older age groups.

Survival gap aside, there still is no cure and "in both countries, there are still people who are very, very young who are dying," Stephenson noted.