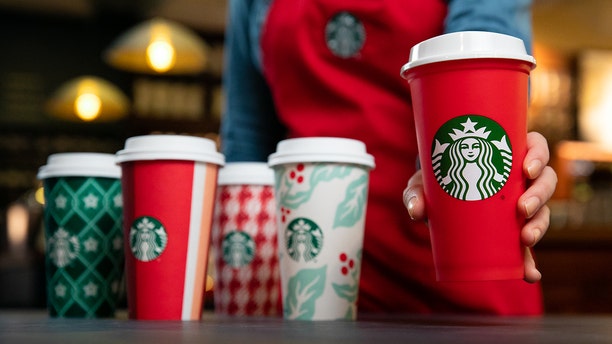 The new cups, along with a limited edition reusable cup (right), will be available starting Nov. 2. (Starbucks)

Think it's still too early to see holiday decorations everywhere you go?

“Our customers have told us that the return of Starbucks holiday cups and beverages are a signal the season is upon us,” said Kristy Cameron of Starbucks’ creative team, per a news release. “We hope they feel the holiday magic that only Starbucks can create during this special time of year.”

This year’s "retro" cups are said to be inspired by the company’s "own story" and "heritage," per the release. For example, the "Stargyle" cup incorporates the stars seen in the Starbucks Siren’s crown, while the “Stripes” cup features a design mimicking the seam on a back of Starbucks coffee. 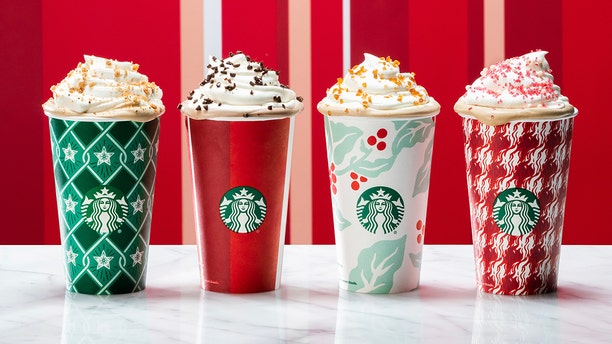 There's also a “Flora” cup featuring holly, which itself was inspired by ripe “coffee cherries," and the last design, “Espresso Houndstooth,” is said to be inspired by the flames that roast the coffee.

A reusable cup, in red, will also be given away to anyone who orders a holiday drink on Nov. 2, and can be brought back to the store between Nov. 3 and Jan. 7 to receive 50 cents off a beverage.

Starbucks’ cups, however, have stirred their share of controversy in the past. In 2015, critics accused the cups of being too politically correct, citing that year’s lack of ornaments or reindeer in favor of a simple solid-color design.

At the time, Starbucks’ vice president of design said the company was merely celebrating “the simplicity and the quietness” of the store, which customers view as a “place of sanctuary” during the season.

Starbucks has also previously changed its beverage cups to include camo-inspired sleeve designs to celebrate the military veterans and spouses the company employs.