The scientists who last summer introduced the world to the first lab-grown hamburger made entirely from bovine stem cells -- a feat that took five years and $330,000 to accomplish -- are now branching off from the Frankenburger to explore what the future of test-tube meat might look like.

Koert Van Mensvoort, the head of the Next Nature Lab at Eindhoven University of Technology in the Netherlands, collaborated with scientists, researchers, students and artists to create the “In Vitro Meat Cookbook,” a collection of over 50 futuristic recipes that feature petri dish meat in the form of cocktails, ice cream, knitted fabric, paint, fondue, fruit and even flowers.

“This shows the importance of using technology to envision things that are not yet possible,” Van Mensvoort, the cookbook's creative director, told FoxNews.com. “When the first car was introduced, people called it the horseless carriage, but of course it developed into something else that could never have come from the carriage culture.

“In general, this happens with technology, and I think that’s what will happen in the end with in vitro meat.”

Van Mensvoort challenged his students to rethink the possibilities of meat and asked them to come up with recipe ideas for the book. He encouraged them to think outside the box – not just to design test-tube versions of hamburgers and hot dogs – and the results are fantastically, and sometimes horrifyingly, strange.

Billed as a fictional cookbook, the recipes are placed alongside whimsical sketches of the bizarre dishes and essays from scientists, activists, and philosophers.

Van Mensvoort clarified that every recipe represents a possibility more than a cookable dish. While the creations may not be realized anytime soon, he stressed that they are all entirely feasible.

To help get their ideas off the ground, the group set up a crowdfunding campaign on IndiegOgO. They reached their goal of $32,000 in November. The book is expected to be released in March.

Here’s a sneak peek of what’s to come. 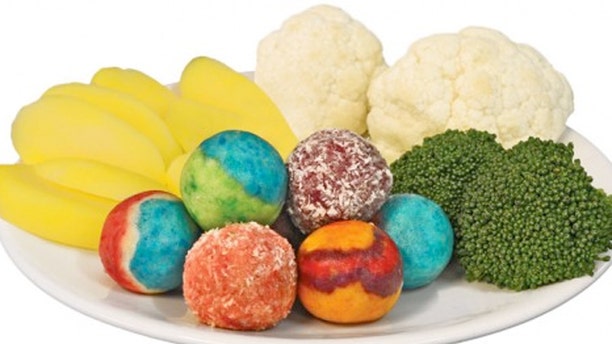 According to Next Nature Lab, Magic Meatballs are designed to playfully familiarize children with lab-grown meat. The meatballs, made from animal protein and the combination of fats, omega-3s and vitamins, can be customized to make eating test-tube meat fun. Colors and flavors can be added to the meatballs, and some are even designed to crackle in your mouth like Pop Rocks. 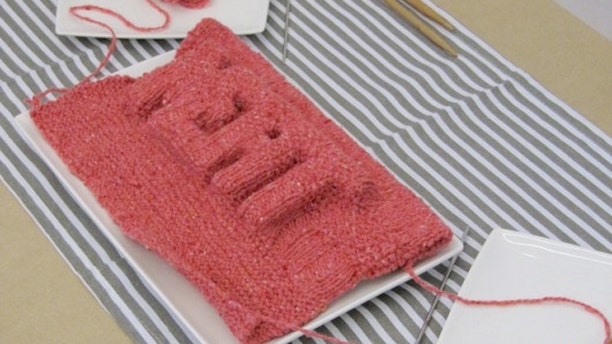 The folks at Next Nature Lab hope to blur the line between fashion and petri dish meat with their design for Knitted Meat. The group envisions new kitchen appliances that will enable consumers to weave meat according to preset preferences.

“Texture, taste and tenderness can be controlled to create a personal, multisensory eating experience,” reads Next Nature Lab’s website. “Groups of diners can even knit their own sections of a protein scarf, enabling multiple people to share a unique moment.” 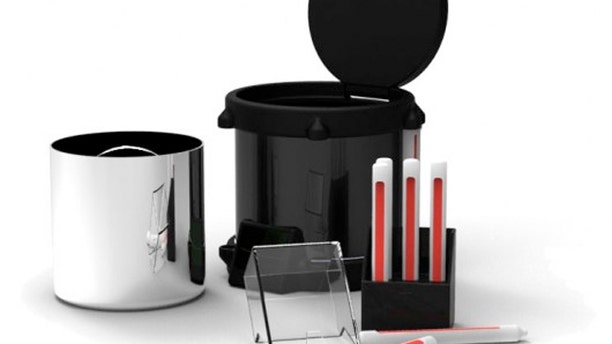 This is basically the Soda Stream of test-tube meat. Rather than purchase your Frankenmeat from a laboratory, you can just whip some up at home. For those who really want to splurge, Next Nature Lab suggests a high-end model of the Kitchen Meat Incubator that would come with a wireless link that allows you to download meat recipes from the Internet or share them with friends. 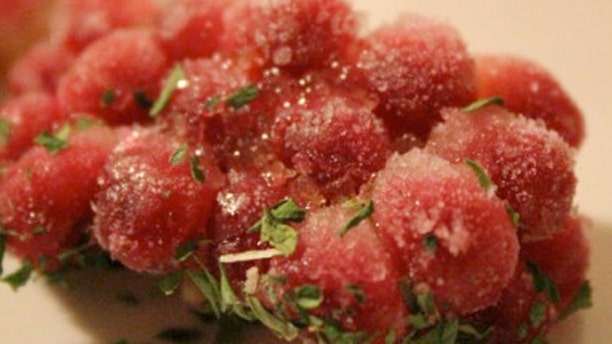 Talk about a combination of sweet and savory. According the Next Nature Lab, with this dish, in vitro technology is used to grow meat structures that precisely mimic those of fruits such as berries, oranges and mangoes.

Designed for children 5-10 years old, this dish is exactly what it sounds like -- meat in the form of multi-colored paint. Here’s what Next Nature Lab has to say about it: “By painting their own meal, children get more affinity with their food and are therefore more willing to eat it.” Whether the parents will be willing to bake the painting for 15 minutes and then serve it to their child is an entirely different story. 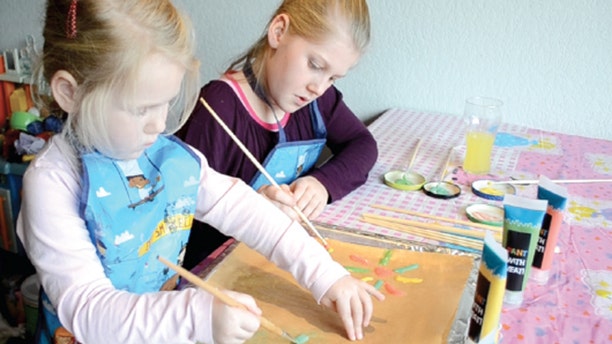 Need a good way to get your proteins? Try Meat Powder, the “straightforward form of in vitro meat that provides the proteins you need – no more, no less.” Meat Powder can be used in all kinds of recipes. The weirdest: fondue made from meat powder. The folks at Next Nature Lab suggest using that recipe for “special occasions” – perhaps to celebrate the invention of time travel to a future full of in vitro meat. 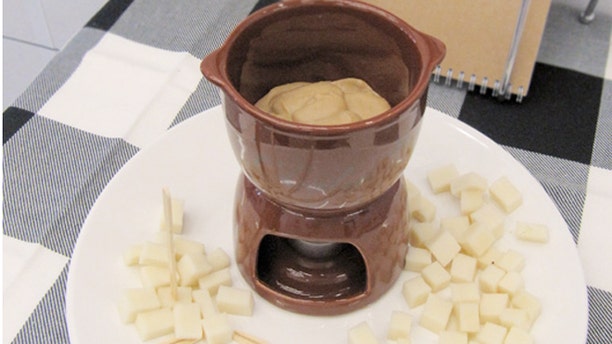 For those who like their meat to look like, well, meat, there is the Rustic In Vitro incubator, a way to store the meat in a form that looks familiar, be it in the form of a rabbit, boar or cow. 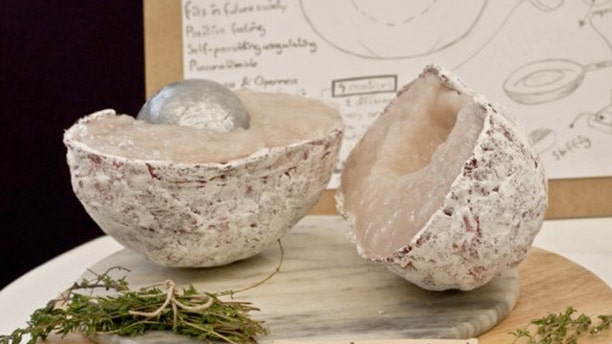 “Similar to old-fashioned sausages and hams hung to cure in the butcher’s or at home,” reads the recipe. “Rustic In Vitro is grown in a familiar-looking incubator that reminds us of the good old days.”