10 food brands that refuse to die 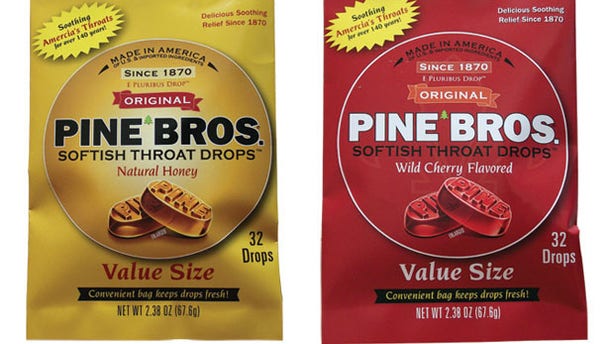 In American consumer culture, certain brands have a longer shelf life than others. Some products, like Crystal Pepsi, are released with great fanfare and then fizzle out a few years later. Others, like Cheerios, will most likely be stocked in the first supermarkets built on Mars. But what is it about these products that make them stick around for so long? And which products that are still around should have conceivably gone the way of the dodo long ago?

In the retail industry, there’s something called an "orphan brand." These brands are items owned by a big company that don’t really fit in with everything else they produce. They're lonely outsiders. For example, look at Pringles, a very popular snack food, but it was owned by Procter & Gamble, which is best known for household items like Gillette razors. So even though Pringles still might be well-known, they were never a huge seller and the company had no interest in keeping the brand around. And while the Pringles brand looks like it will probably stick around for a while (it was bought by Kellogg last year), if a buyer wasn't found, they very well might have simply stopped production.

The bulk of items that are discontinued, however, meet that fate because of one simple reason: they don’t sell. When Frito-Lay came out with a line of lemonade, bigwigs thought that it would be a natural extension of the line of salty snacks. It never worked its way into anyone’s hearts, though, so it was dropped.

Some brands, however, stem the tide. Even though they’re not big sellers, they’ve remained on store shelves for one primary reason: nostalgia.

Take Ovaltine, for example. Just about everyone who grew up in the 1950s most likely remembers drinking the stuff, but it doesn’t sell nearly as well as it used to, and it’s far from the crown jewel of its parent company, Nestlé. But it has a place in the heart of millions of people all over the world, so you can bet that it won’t be going anywhere anytime soon.

And look at Hostess, which produces the classic Twinkie. The company essentially shut down last year, and could have easily taken Twinkies down with the ship, but the classic junk food is so engrained in American popular culture that several companies have stepped up and are negotiating to purchase the rights to it.

And then there are the extreme cases, like Bonomo Turkish Taffy. Once a popular candy, it fell out of favor and was discontinued entirely in 1989. Two intrepid entrepreneurs, however, committed themselves to bringing it back from the dead, and it’s now for sale once again.

Log Cabin Syrup
This is an example of an iconic brand that’s switched owners so many times it’s a near-miracle that it’s made its way out unscathed. Patrick Towle started the brand in 1887, and it was acquired by General Foods in 1927. In 1990 the company merged with Kraft, who sold the brand to Aurora Foods in 1997. Aurora then went bankrupt, so Log Cabin was sold to Pinnacle Foods. One problem? Pinnacle Foods also owns chief competitors Aunt Jemima and Mrs. Butterworth’s. They could have easily just dropped the brand from its lineup, but instead just changed the formula so it doesn’t use high-fructose corn syrup, thus differentiating it from the others.

Tang
Introduced to the American public at the height of the Space Age, in 1959, this orange-flavored drink entered national lore once it hitched a ride with the astronauts aboard the Gemini and Apollo missions. Made entirely of chemicals, it did however contain a lot of vitamin C and hit its peak during the '60s and '70s. It’s come back down to Earth since then, and faces stiff competition from everything from Hi-C to real orange juice (and is far from owner Kraft Foods’ top seller), but that tangy powder can still be found in just about every American supermarket.

Ovaltine
Invented in Switzerland around the turn of the 20th century, Ovaltine reached the height of its popularity from the 1930s through the '50s, when the brand sponsored child-friendly radio shows including Little Orphan Annie and Captain Midnight. Kids were encouraged to save proof-of-purchases, which could then be turned in for prizes including a secret decoder ring (as seen in the film A Christmas Story). New varieties and flavors were launched and discontinued over the years, and commercials for the drink mix were aired until 2007, when the company was sold to Novartis. Its now owned by Nestl, and while it still sells, the days of the Little Orphan Annie decoder rings are long gone.

Necco Wafers
These simple colored sugar wafers, available in eight flavors, were first produced all the way back in 1847, believe it or not. They were included in soldiers rations during WWII, and after the war the candy remained popular with both the GIs and their children. Sales bottomed out in the ensuing decades, and in order to enliven the brand in 2009 the entire formula was overhauled. The candies were made all-natural, they were softened up via the addition of glycerin, lime was eliminated altogether, and every other flavor received a makeover. Two years later, however, sales were down 35 percent because longtime customers stopped buying them, so in 2011 they switched back to the old formula.

Pine Brothers Softish Throat Drops
The line of honey-, cherry-, and licorice-flavored sore throat lozenges was invented in 1870, and over the years it changed hands a number of times, decreasing in popularity along the way. Eventually, Pine Brothers all but disappeared from the American marketplace. The brand was brought back from the dead a couple years ago, though, by the duo of entrepreneurs who helped develop Airborne supplements. They spent years tracking down the old recipes, reviving the old packaging design, and getting distribution, and the lozenges can now be found online, at many small retailers, and at pharmacies including CVS.

See all 10 brands at The Daily Meal