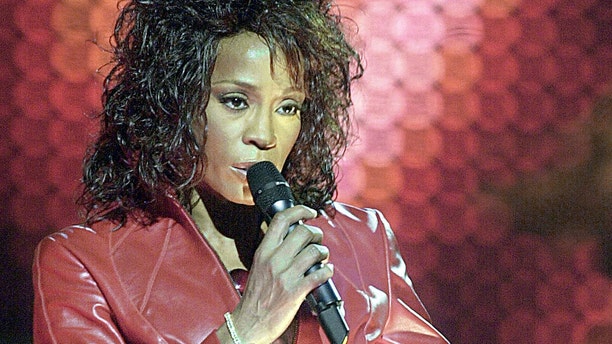 In 1991, the United States of America had been deeply effected by the toll of the Persian Gulf War. With troops abroad in the Middle East, Americans back home were in need of a reason to come together and celebrate their countrymen. That January, football fans and patriots traveled to Tampa, FL for Super Bowl XXV where budding super-star, Whitney Houston, kicked off the the patriotic celebration with a rendition of the “Star Spangled Banner” that would forever change the meaning of the National Anthem and how Americans related to their country.

It was Super Bowl XXV – the Buffalo Bills against the New York Giants. And though popular boy band New Kids on the Block won the coveted half-time show performance slot, it was Houston who stole the show – one voice unifying America.

Kevin Macdonald, the filmmaker of the new “Whitney” documentary, told Fox News while at the “Whitney” press junket in New York City on Wednesday, June 27, that Houston’s powerful National Anthem performance was “one of the things that hooked” him into doing the film about Houston’s life.

“I was reading about the National Anthem and when Whitney performed it at the 1991 Super Bowl and how, at that moment, she changed the way that that song is sung, and not only that, but the way it is understood,” Macdonald explained. “Because up until that point – as I understand it – the National Anthem wasn’t something that African Americans enjoyed singing or wanted to sing because it had these war-like, oppressive over tones, but Whitney changed the emphasis of the song and made it a song about freedom, rather than a song about oppression.”

When Houston graced the Super Bowl XXV stage for her performance of a lifetime, she was just 27-years-old and already held the title as the first artist in history to have seven consecutive singles go to No. 1 on Billboard's Hot 100 pop chart. Her heart-stopping, American-pride anthem was just a year before she hit mega-fame as a movie star in the 1992 film, “The Bodyguard” with Kevin Costner.

And though Houston was honored by the great Super Bowl opportunity, the star seemed more excited about the chance to do something meaningful during a time where the country was in desperate need to come together, according to the singer’s aunt, Pat Houston.

“Whitney always had a wonderful gift and she was not really political, but it was the gulf Persian war and it was all about the moment and what it would do for America as far as the war was concerned,” Pat told Fox News during the “Whitney” press junket. “She was always very giving and was involved in a lot of organizations like St. Jude – and singing the National Anthem, she always loved to sing things that meant something, and that really meant something to her.”

Houston’s inspirational “Star Spangled Banner” not only helped to unify the country on that January day, but her performance of the patriotic song quickly became one of her top hits. In 2017, Entertainment Weekly ranked Houston’s top 25 hits placing the “Star Spangled Banner” in the No. 2 spot right under the singer’s No. 1 hit, “I Will Always Love You.”

And when it comes to modern day renditions of the National Anthem, many celebrities who have also had the honor to sing the anthem at the beginning events like the Super Bowl, now look to Houston as a guide. But what made Houston’s performance so different? Not only did she just sing the anthem, she successfully made the song her own.

“I think now – whether it’s Beyoncé or Lady Gaga singing [the anthem] – they’re all singing it on Whitney’s shoulders – and they’re singing that kind of interpretation,” Macdonald to us. “For any artist to have that level of impact culturally, is just amazing I think.”