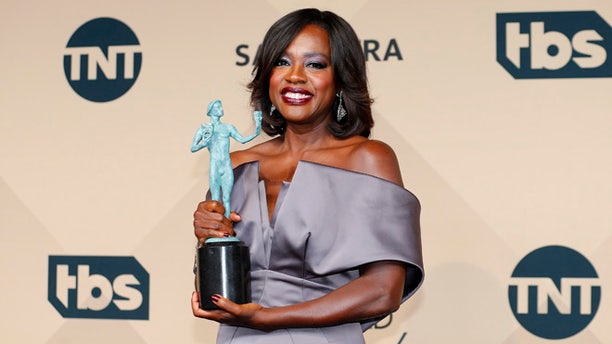 January 30, 2016. Viola Davis holds the award for Outstanding Performance by a Female Actor in a Drama Series for her role in "How to Get Away With Murder" during the 22nd Screen Actors Guild Awards in Los Angeles. (Reuters)

After picking up the trophy for best actress in a TV drama, “How to Get Away With Murder” star Viola Davis was asked about Hollywood’s diversity problem backstage at the SAG Awards.

The Emmy-winning actress, having first received her SAG card in 1988, said she’s never put limitations on her acting abilities as a woman of color.

“I can play any character in Chekhov and Shakespeare and Miller,” she beamed proudly, adding, “All of the actors of color I know don’t place any limitations on themselves either so regardless what is going on with the Academy, what is going on with Hollywood, they will find a way to be excellent. We always have and we always will.”

Watch the video below: