Oprah Winfrey advised Prince Harry and Meghan Markle about breaking free from the British royals and following their own path.

The TV queen — who attended the couple’s wedding and is also close to Meghan’s mom, Doria Ragland — discussed their “declaration of independence” and encouraged them to consider making a living in North America by building their own powerful brand.

Harry and Meghan have trademarked “Sussex Royal” as a brand on more than 100 properties in the UK, including clothing, stationery, photographs and educational and charitable endeavors — with predicted revenue of over $500 million.

They’ve gathered a coterie of powerful US players, including the Obamas, George and Amal Clooney, Serena Williams, James Corden and Meghan’s designer pal Misha Nonoo, whose new husband, oil heir Michael Hess, has offered them a place to stay in one of the family’s three homes in the gated Malibu Colony — dubbed “Billionaire’s Beach” — we are told. 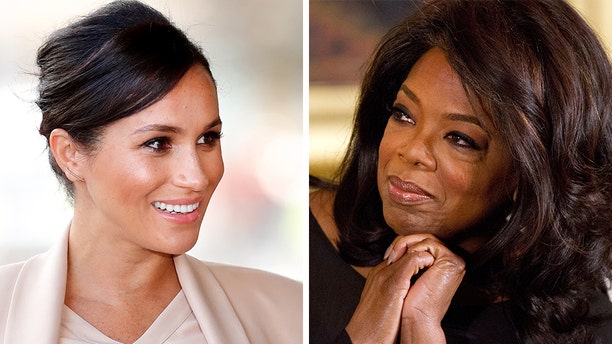 A source said, “Oprah was the first person to talk to Harry and Meghan about breaking free and doing their own thing, building on their own brand. She made them realize it was really possible.” A rep for Oprah declined to comment.

Harry collaborated with Oprah on a mental-health series for Apple TV+, to air later this year, and it is believed the pair had “frank conversations” about the turmoil he and Meghan have faced in the spotlight. In an astonishing interview, Harry revealed he thinks about the fate of his mother, Princess Diana, “every single time I see a camera … every time I see a flash.”

Page Six can also reveal that Oprah’s BFF Gayle King is set to score the first interview with the Sussexes post-Megxit. King attended Meg’s NYC baby shower and visited them after the birth of baby Archie. A TV source said: “It’s hush-hush, but there’s no one else they would turn to.”