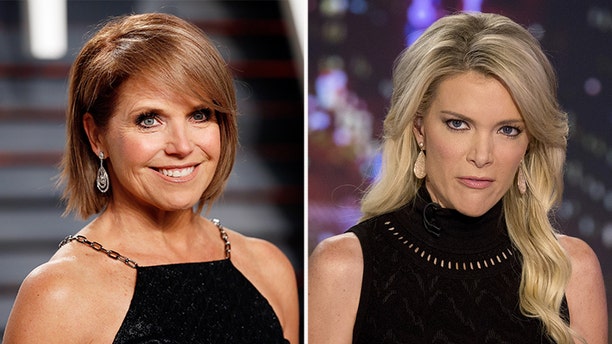 NBC announced it would bring back former employee Katie Couric to co-host the opening ceremony of next month's Winter Olympics -- but Megyn Kelly's not going. (REUTERS)

NBC announced it would bring back former employee Katie Couric to co-host the opening ceremony of next month's Winter Olympics, a surprise move following the network’s announcement that new NBC News star Megyn Kelly wouldn’t travel to South Korea for the Pyeongchang Games.

“The announcement certainly raised my eyebrow,” Mediaite columnist Joseph A. Wulfsohn told Fox News. “I think it’s ideal for any network to rely on in-house talent, but NBC has faced lots of inner turmoil in recent months.”

Couric will work alongside Mike Tirico, who is replacing Bob Costas as prime-time host of the games, for the opening ceremony on Feb. 9. She has hosted three previous opening ceremonies with Costas, with the most recent dating back to 2004.

NBC passing over Kelly has not gone unnoticed in the halls of Rockefeller Center. An industry insider who did not want to be named because of a relationship with NBC said the move is “definitely a slap in the face to Megyn.”

“It was already bad enough that they weren't sending the star they're paying $23 million a year to Pyeonchang. But now they're bringing in a nonemployee to fill a vacancy,” the insider told Fox News. “Yeah, one wonders what's up with that and how Kelly feels about all of this.”

“It seems like an attempt to twist the optics and take viewers back to a time when they felt good about the network.”

“It seems like an attempt to twist the optics and take viewers back to a time when they felt good about the network,” the editor of The Daily Caller’s “Mirror” blog, Betsy Rothstein, told Fox News.

The Olympics represent a command performance for any high-profile star or executive at the Peacock Network, which has paid nearly $1 billion to broadcast the premier sporting event. Media analyst Jeffrey McCall said it’s “really confusing” why NBC would use the “long-forgotten” Couric for the high-profile gig.

NBC traditionally sends its entire panoply of news stars to the games, and true to form, both the “Today” show and “Nightly News” will broadcast live from Pyeongchang for the duration of the competition, focusing their news programs almost entirely on Olympics coverage.

“There could be several reasons for not putting Megyn Kelly in this role, but surely some other established or up-and-coming NBC personality could manage these duties in a professional fashion,” McCall said. “That would allow NBC to boost the brand of that personality for future high-profile occasions.”

Former ESPN reporter Britt McHenry is now a conservative commentator, but still has deep ties to the sports industry. She told Fox News that she respects Couric but would have preferred to see NBC highlight some of the women working in sports whom young girls admire.

“The first thing that came to my mind was why not use one of the really talented sports reporters or personalities employed by NBC Sports? As someone who’s always looked up to SNF’s Michele Tafoya, I wondered why she wouldn’t be chosen, or soccer host Rebecca Lowe,” McHenry said.

During the Olympics, “Today” will broadcast from South Korea from the legendary “Portable Olympic Pavilion,” which has been used in multiple previous games.