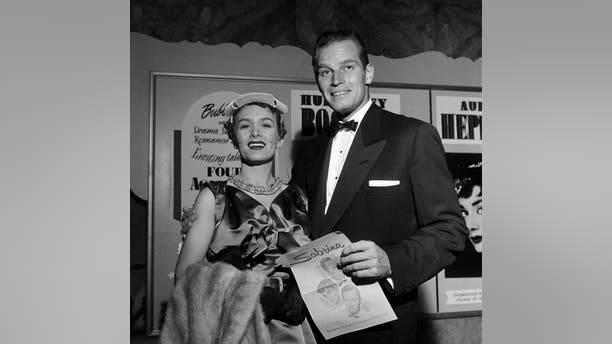 Lydia Clarke Heston, actress and wife of Charlton Heston, has died, Fox News can confirm. She was 95. The couple are pictured here in 1954. (Earl Leaf/Michael Ochs Archives/Getty Images)

Lydia Clarke Heston, the actress and wife of Charlton Heston, has died, Fox News confirmed Wednesday. She was 95.

“She lived an amazing life," said Heston's son, Fraser. "At 95 years old she knew a lot of famous people from John F. Kennedy to Nancy and Ronald Reagan."

He continued: "My mother was very active in the civil rights movement and even marched with Dr. Martin Luther King.

“She had a great love for photography and has traveled all over the world. She was prone to sea-sickness, but she sailed every sea in the world," Fraser added, noting that his mom's personality was “active” and “vibrant.”

In a statement released by the family, Heston, who was married to the late Oscar-winning actor for 64 years, died on Monday from complications due to pneumonia.

Throughout her career as an actress, the Wisconsin-native performed on Broadway in "Detective Story," as well as starred in the 1952 film "The Atomic City." 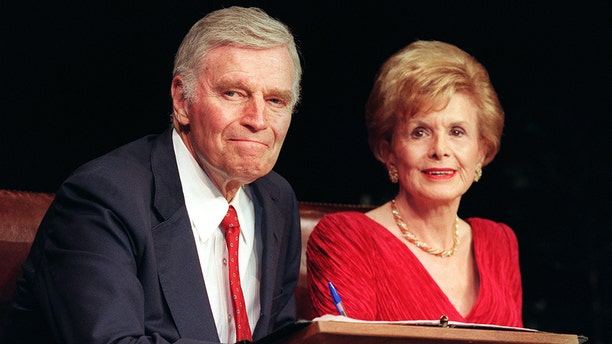 Lydia Clarke Heston, actress and wife of Charlton Heston, left, has died. She was 95. (Getty Images)

In addition, Heston appeared alongside her husband, who died in April 2008 at the age of 84, on several projects including the 1967 movie "Will Penny."

Heston is survived by the couple's children, son Fraser and daughter Holly, and their grandchildren Jack, Ridley and Charlie.