JFK Jr.'s wedding is the subject of a TLC special boasting never-before-seen footage of the private ceremony 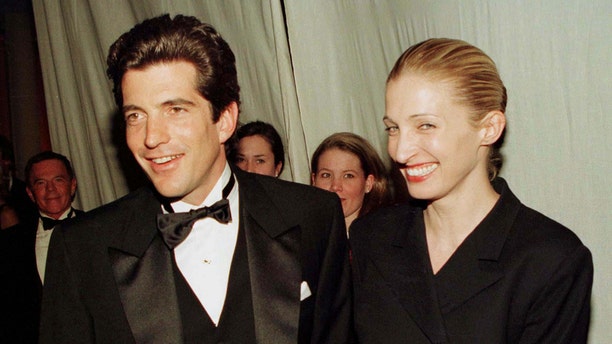 John F. Kennedy Jr. and his wife Carolyn Bessette's wedding will be the subject of a new documentary special from TLC. (Reuters)

Thanks to the public’s renewed interest in the Kennedy family, as well as high profile weddings, TLC announced Tuesday that it’s giving people a glimpse into one of America’s most private nuptial ceremonies, the wedding between John F. Kennedy Jr. and Carolyn Bessette.

Chief Lifestyle Brands Officer Kathleen Finch announced at Discovery Communications 2018 Upfront event in New York City Tuesday that TLC has gained access to never-before-seen footage from the highly private ceremony in 1996. “JFK Jr. & Carolyn: A Camelot Wedding” will explore the duo who have been called America’s most famous couple, for the first time since their tragic death in a plane crash.

“The two-hour special celebrates JFK Jr. and Carolyn’s life and incredible love for one another, capturing their wedding weekend on Cumberland Island, GA for a first-hand look at everything from the joyful rehearsal dinner, to the magical ceremony, to the intimate reception,” TLC wrote in a press release. “With new commentary from famous wedding guests, friends and family, this remarkable special offers a fresh look at the lives of America’s most famous couple.”

High profile weddings are in the pop culture conversation lately thanks to the upcoming royal wedding between Prince Harry and Meghan Markle. While royal weddings aren’t something that happen in the United States, some at the time considered JFK Jr.’s to be about as high-profile as ceremonies get.

Additionally, thanks to the movie “Chappaquiddick,” which tells the story of Ted Kennedy’s tragic time, and potential cover up, after Mary Jo Kopechne drowned in 1969 after he drove off a wooden bridge following a party. While it’s not the most positive reason for the family’s name to have a new light, it’s renewed public interest in the family and TLC is hoping to capitalize on that.