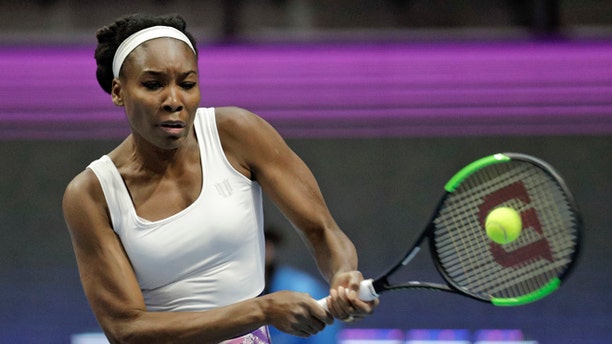 A veteran ESPN announcer sued the sports network Monday for firing him during the Australian Open over accusations that he had used an ethnic slur against tennis superstar Venus Williams.

Doug Adler, who began working for ESPN in 2008 covering the world’s biggest tennis matches, came under fire for a comment on Jan. 18 when he said Williams used “the guerrilla effect.” The comment went viral because it was pushed along by the New York Times on twitter labeling it as the “appalling” term “gorilla,” which “ignited the flames of anger and hatred” against Adler, the lawsuit said.

He claims he was using a well-known term to describe aggressive play yet ESPN has destroyed his career.

“By the way ESPN chose to handle this non-issue, they effectively branded me, my character and my reputation for the rest of my life,” Adler told FoxNews.com.

Adler “has lost future opportunities in the sporting and business worlds because no one will hire a ‘racist,’” the lawsuit said. “He has suffered serious emotional distress and harm because he has been falsely accused of being the worst thing imaginable, and something he clearly isn’t and never has been, all over the use of the word ‘guerilla,’ a word that is commonly used in tennis.”

Williams’ publicist did not respond to requests for comment. ESPN spokesperson Dave Nagle said, “We have not been served and we are declining further comment.”

Adler claims that ESPN and its executives knew that he used the word “guerilla” and not “gorilla,” but fired him anyway. He had finished work without a word from his managers following the incident and returned the next day.

“I was eating in the lounge area when the boss showed up out of the blue,” Adler said. “He was bowing to pressure because it was all over twitter.”

Adler was told to apologize on air and he complied. But instead of resuming his broadcasting, he was pulled from the show and fired the next day. He was “told he was done working tennis at ESPN,” the complaint said.

Apparently the world “guerilla” has been used for decades in the tennis world. The complaint mentions “Guerilla Tennis,” the name of a famous 1995 Nike television ad campaign featuring superstars Andre Agassi and Pete Sampras setting up an impromptu tennis match in the middle of a busy city intersection. The ad ran during the US Open and was profiled again in a 2015 Vanity Fair article after the tennis stars  reunited for a similar rematch in the streets of New York.

The term is also used as the name of a Twitter account called Guerilla Tennis started in 2014 by a tennis enthusiast.

“The irony is that Adler called everything correctly and in a professional manner, whereas ESPN did not – they recklessly made the wrong call,” said Adler’s attorney, David Ring, in a statement. “It was not only political correctness gone overboard, but also a cowardly move that ruined a good man’s career.”