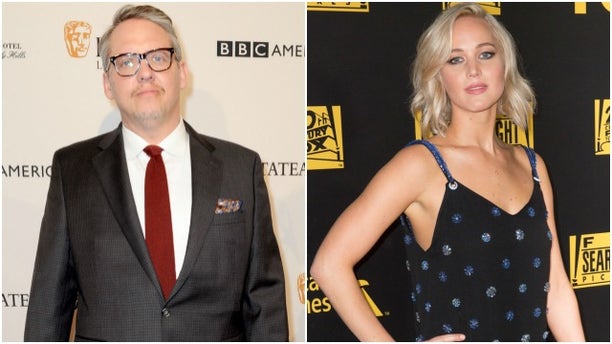 "The Big Short" director facetiously called out the Golden Globe-winning actress after her recent admission to smoking pot before a past Academy Awards ceremony, saying, "If it was up to me she'd be arrested."

"That's not cool, I'm a law-and-order guy," he told ET at the BAFTA Tea Party over the weekend. "You know what I do before the Oscars? I read the Bible! That's what I'm gonna do."

WATCH: Jennifer Lawrence Loses It Over Matt Damon at the Golden Globes

"Miss Lawrence, if you're watching - not cool!" the director added. "I'm a patriot."

Before you go thinking McKay is a total narc, you should know that at the same event, he gave this reason for why he'd never run for office: "I have too much of a bizarre past to ever get into politics. I'd have to explain why I was high outside of a rap concert in 1988."

Looks like the grass is green on both sides of this one.

Lawrence wound up taking home the award for Best Performance in a Motion Picture – Musical or Comedy during Sunday’s Golden Globes, for her leading role in "Joy." After going up against her BFF Amy Schumer in the category, Lawrence revealed what the "Trainwreck" star whispered to her after the winner was announced.

PHOTOS: The 13 Best Dressed Stars at the 2016 Golden Globes