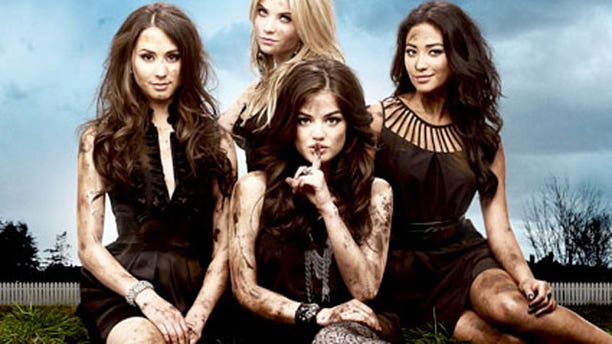 Two major advertisers who ran spots on ABC Family’s “Pretty Little Liars” are denying claims that they pulled their commercials from the show over a storyline featuring a lesbian character.

Earlier this year, after one of the show’s main characters came out of the closet, things turned very ugly with the Florida Family Association (FFA), which claimed that the storyline “sends the wrong message to these young viewers.” Subsequently, the FFA launched a campaign to convince advertisers against buying spots during the show.

Shortly after the campaign launched, Re/Max Realty and General Mills pulled commercial spots on the show. But while the FFA believes their campaigns led to the pulled spots, both companies say the withdrawals had absolutely nothing to do with the show’s content.

“We make advertising decisions based on audience demographics and relevance for our brands, not based on the sexual orientation of characters,” a General Mills representative told us in a statement, while Remax Realty called reports that it severed ties with the ABC Family show over the purported “glamorizing” of lesbian relationships “erroneous.”

Re/Max later added that the advertisements did not fit the show's target demographic of adolescent viewers.

But the FFA is celebrating the companies’ decision to pull spots and is urging others to follow suit.

“We would love to see the program change its content to remove the explicit lesbianism that is then presented to an audience of girls,” David Caton, FFA founder said. “That would be something we'd love to see but we know that producers are not likely to do that, so we're going to continue to contact companies that are paying the advertising costs and sponsorship for the program as long as it stays on the air. We're in this to make a difference.”

Diane Anderson-Minshall, Executive Editor of gay news publication The Advocate, said she is deeply disappointed by the mounting hoopla.

“Studies show that LGBT teens have much lower suicide rates, and much higher happiness and self-acceptance markers, when they live in communities, families, and cultures that accept them for who they are,” she said.

“I hope ‘Pretty Little Liars’ can continue to tell my teenage nieces and all the LGBT teens and young adults watching that it’s okay to exist and demand to love and date and get your heart broken over whomever you want. That’s a message FFA won’t like, but General Mills should," she said.

ABC Family has remained steadfast in their support of the storyline, telling FOX411’s Pop Tarts column, “We strive to reflect the rich diversity of our audience and the world around us. We're incredibly proud of the engaging characters and authentic storytelling that define ABC Family.”

Deidre Behar contributed to this report