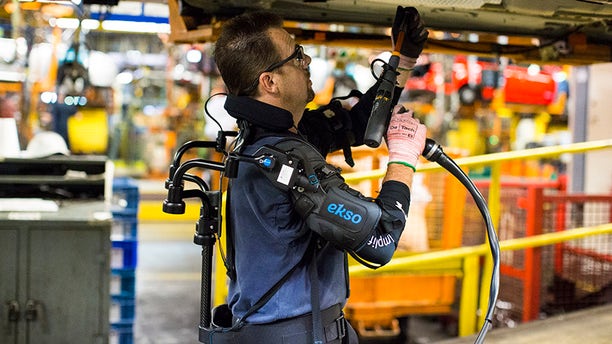 Robots have long been a part of the automotive assembly process, but what about cyborgs?

You won’t find any factory workers jacked into the internet yet, but Ford is trying out a new exoskeleton designed to make physical tasks easier for the human half of the man-machine combination. 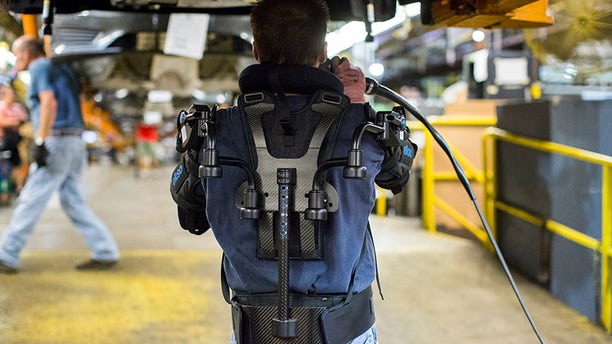 It’s called the EksoVest and was developed by California’s Ekso Bionics, interestingly enough in a former Ford factory in Richmond. The 9.5-pound device straps onto the shoulders and arms of a worker and uses unpowered springs to give them a little super strength.

The vest provides an extra five to 15 pounds of lifting assistance, which can be helpful for picking up heavy objects, but in this case is being mainly tested during tasks requiring employees to raise their arms overhead to work on the underside of vehicles suspended from above. 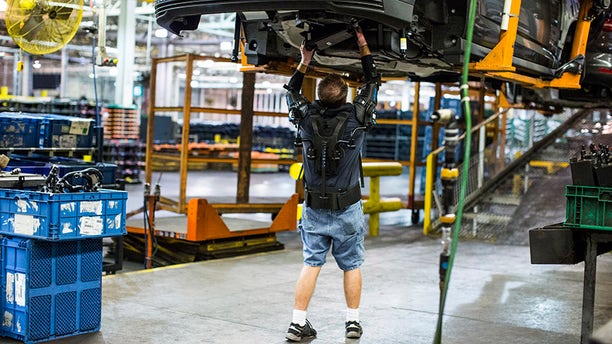 Ford says some assembly line workers have to do this sort of thing over 1 million times a year, and is looking to see if the EksoVest reduces fatigue and injuries. It’s currently being trialed at two plants in Michigan, including Flat Rock Assembly where the Mustang is made, with tests at other locations to follow in the coming months.

Along with the EksoVest, Exso Bionics has also developed a full-body powered exoskeleton for patients recovering from spinal cord injuries and strokes.