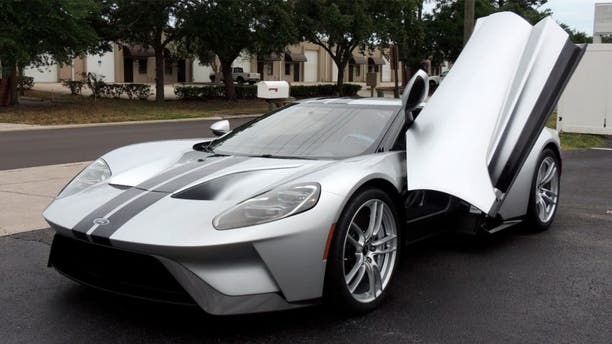 Buyers of the $450,000 supercar are required to sign a contract that says they won’t sell their vehicle during the first two years of ownership.

The Ford GT is a tough sell. That is, it’s tough to resell.

Buyers of the $450,000 supercar, who are handpicked by the automaker based on factors that include prior Ford ownership and social media standing, are required to sign a contract that says they won’t try to flip their vehicle during the first two years of ownership.

Ford says it’s a way to make sure the limited edition cars – just 1,000 are set to be built through 2020 – go to true fans rather than speculators only interested in turning a profit. But that hasn’t stopped a couple of approved owners from trying to unload them early anyway.

Ford sued entertainer John Cena last fall when he sold his GT to a California car dealer just a few weeks after it was delivered to him. Cena said at the time that financial issues were behind the move, and it wasn’t until this June that Ford settled the suit with him out of court, and a separate one with the dealership that bought the car from him. The terms of the agreements were not disclosed, but Ford said the money recovered would be donated to charity.

“I love the Ford GT and apologize to Ford, and encourage others who own the car to respect the contract,” Cena said in a statement published by Jalopnik.

Cena’s etreaty came too late to convince another GT owner, however, whose car crossed the block at the Mecum Auctions event in Indianapolis this May under curious circumstances, and was sold there for $1,815,000, including auction fees. 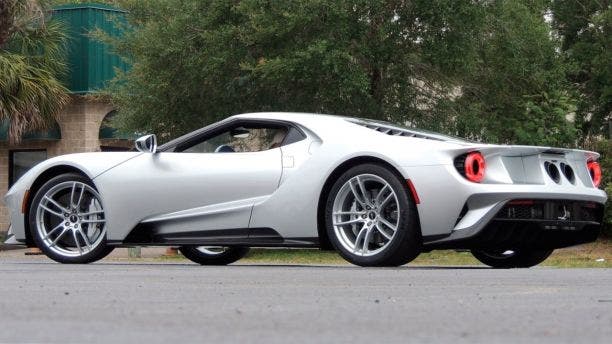 Questions were raised when the silver coupe with just 7 miles on its odometer was added to the docket days before the event, and were only cryptically answered by auction house founder Dana Mecum when he took the stage to introduce it.

“We had a little issue in the courthouse about this and the judge did rule in Mecum’s favor that we could sell this car,” Mecum said. “It’s America, you can buy and sell what you want.”

As far as what court he was referring to, neither Ford nor Mecum would discuss the issue at the time of the sale, but Fox News has now learned the details of how it all went down.

Mecum CEO Dave Magers told Fox News that the company was contacted the week of the event by the seller, who it turns out was the second owner of the car.

According to papers filed in the Indiana Commercial Court in Marion County, the original purchaser, listed as John W. Miller, sold the GT to Michael J. Flynn of Florida-based Hollywood Wheels for $1,100,000 on May 11. Ford told the court that it knew of Miller’s intent to sell the car as early as March 2018.

Flynn then consigned the car to Mecum, who on May 15 advertised on its website that it would cross the auction block on Saturday, May 19. Ford filed a motion for a temporary restraining order (TRO) on May 17 that sought to remove the car from the auction, arguing in part that its sale might cause irreparable harm to the company’s reputation and the integrity of the GT application process.

A hearing on the matter was held on May 18. That evening, Judge Heather Welch issued an order denying the TRO, which allowed the auction to proceed.

Welch wrote that "Ford will not reasonably be able to show that Mecum tortuously interfered with contract between Miller and Ford" since Miller was no longer the legal owner of the car, and that Flynn's purchase was unencumbered as he was “under no obligation to search the records of Miller’s ownership of the 2017 Ford GT outside of the representations made by Miller.”

Welch added that the potential harms that Ford argued – both to its reputation and the GT allocation program – did not outweigh the tangible financial harm to the defendants by its cancellation, and that the company could've taken action weeks earlier when it first became aware that the car was on the market. A counter-petition by Mecum for attorney’s fees was also denied.

Ford is now seeking damages from Mecum and Flynn in the same court system, with the initial case management conference between Ford and Mecum scheduled for Aug 17.

Neither Ford nor Flynn would comment on Welch’s ruling or the pending litigation to Fox News, while John. W. Miller could not be reached.

Mecum has not revealed the identity of the winning bidder, who has so far remained anonymous despite having attended the auction in person.

As far as what the future holds for this car, as possibly the only GT that’s been “jailbroken” in court, don’t be surprised to see it rolling across another auction block soon.

With 750 GTs spoken for so far, Ford has announced plans to allocate the final 250 later this year.