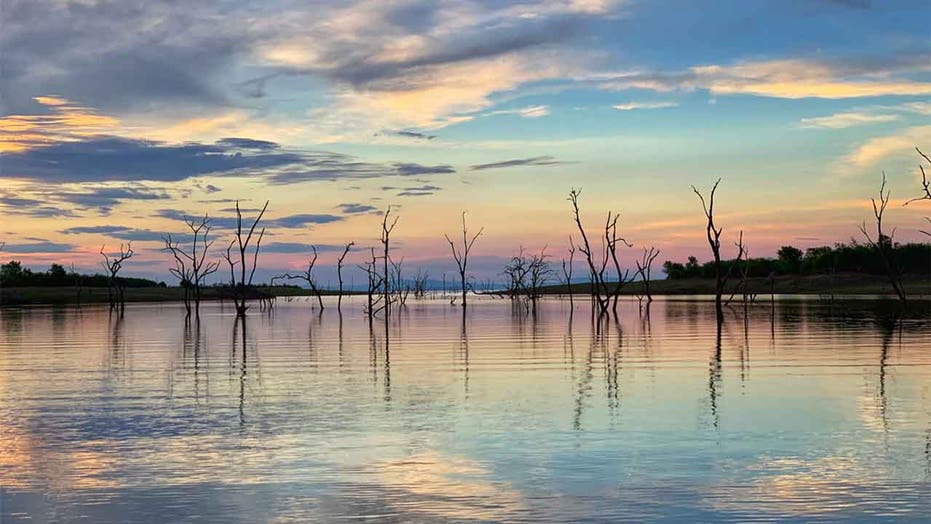 The bodies of two Zimbabwe park rangers were found floating in Lake Kariba on Tuesday, leading investigators to suspect they drowned after being overpowered by the four poachers they had taken into custody.

The rangers had arrested the four Zambian men for poaching on Dec. 31 and were transporting them by boat to Kariba town, where they would be charged and held in jail, according to Tinashe Farawo, spokesman for the Zimbabwe National Parks and Wildlife Management Authority.

The pair had caught the poachers in Matusadona National Park, home to lions, leopards, elephants and hyena on the shores of Lake Kariba, one of the world's largest man-made lakes.

Matusadona National Park is home to a variety of African wildlife, including elephants, lions and hyenas.

Their bodies were discovered floating in the water after a week-long search that began when the rangers’ patrol boat was found on the shore of the lake with its engine stripped, according to New Ziana, Zimbabwe’s government news agency.

The rangers, whose bodies were taken to the capital, Harare, for examinations, were hailed as champions for their work in preserving and protecting wildlife.

Meanwhile, authorities are continuing to search for the suspected poachers, he said.

While the parks agency has recorded “a significant decrease” in poaching in the southern African country, cases of armed contact between poachers and rangers have been on the rise in the Kariba area, where Zimbabwe borders Zambia to the north, Farawo told The Associated Press.