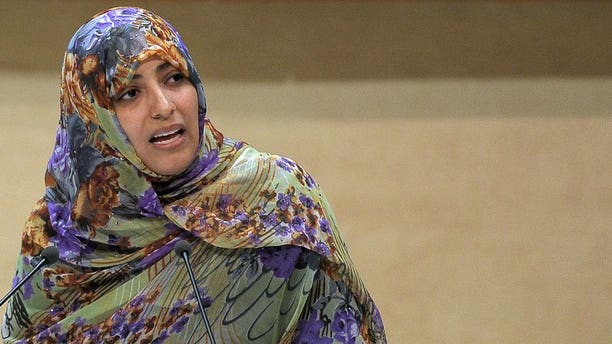 Karman was held at Cairo airport on arrival and ordered to return on the flight back to Yemen, the officials said without providing further details.

The activist, who was a leading figure during the 2011 youth uprising in Yemen that eventually forced out veteran president Ali Abdullah Saleh, is the first Arab woman to win the Nobel peace prize.

Karman has voiced support for loyalists of ousted Islamist president Mohamed Morsi and described his ouster by the military as undemocratic.

Morsi's July 3 removal from office has intensified divisions in the Arab world's most populous nation.

His supporters have vowed to keep fighting for his reinstatement with two large sit-ins that have brought parts of the capital to a halt.

Egypt's interim leaders have said there is no turning back from the army-drafted roadmap that foresees new elections in 2014.

Intense diplomatic efforts are currently underway to find a peaceful solution to the political crisis.