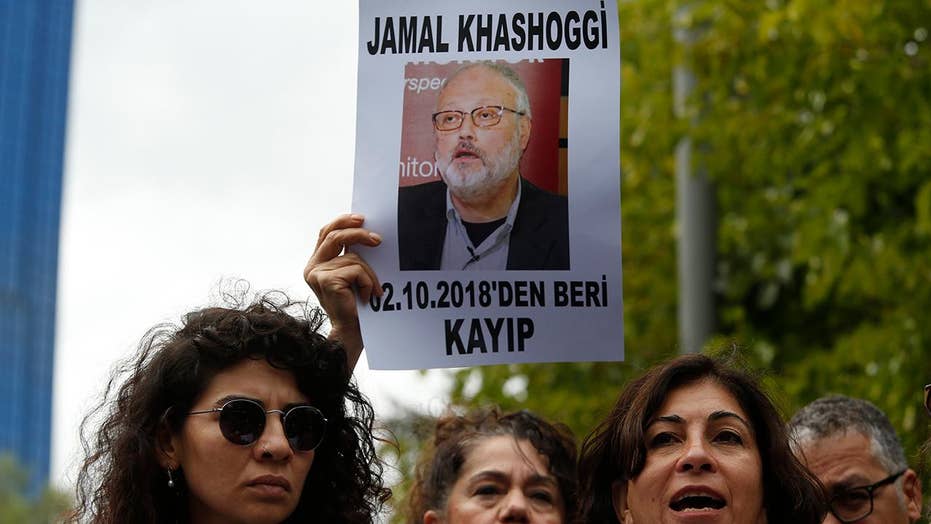 Investigation into the fate of Saudi journalist intensifies

The Washington Post repeated its demand Tuesday that the governments of Turkey and Saudi Arabia provide information about the whereabouts of contributor Jamal Khashoggi, who has not been seen since he entered Riyadh's consulate in Istanbul last week.

In a statement, Post CEO and Publisher Fred Ryan said the paper had "repeatedly asked the Saudi and Turkish governments for information about Jamal and his whereabouts but have not received satisfactory answers. Instead, reports about Jamal's fate have suggested he was a victim of state-sponsored, cold-blooded murder."

"Silence, denials and delays are not acceptable," Ryan's statement concluded. "We demand to know the truth."

Ryan's statement came hours after Turkey said it would search the consulate, an extraordinary probe of a diplomatic post that indicates the pressure Saudi Arabia faces over Khashoggi's disappearance. It was not clear when the search might take place.

A surveillance photo published Tuesday showed the 59-year-old Khashoggi walking in the main entrance on Oct. 2. The picture bore a date and time stamp, as well as a Turkish caption saying that Khashoggi was arriving at the consulate. The Post, which first published the photo, said "a person close to the investigation" shared the image with it, without elaborating. The Turkish newspaper Hurriyet also published the image.

The Saudis have offered no evidence that Khashoggi ever left the building, but officials have insisted that he left through another way. Turkish officials believe the writer was killed inside, but authorities there have not provided evidence to corroborate that belief.

Khashoggi went to the consulate in Istanbul for paperwork to marry his Turkish fiancée. He had been living in the United States since last year, in self-imposed exile, in part due to the rise of Saudi Crown Prince Mohammed bin Salman, who has shown little tolerance for criticism.

As a contributor to The Post, Khashoggi has written extensively about Saudi Arabia, including criticism of its war in Yemen, its recent diplomatic spat with Canada and its arrest of women's rights activists after the lifting of a ban on females driving. Those policies are all seen as initiatives of the crown prince, who has also presided over a roundup of activists and businessmen.

Ties between Ankara and Riyadh are at a low point over Turkey's support for Qatar in that country's yearlong dispute with Saudi Arabia and other Gulf nations. Turkey sent food to Qatar and deployed troops at its military base there as the other nations imposed a boycott on the wealthy Gulf country. Meanwhile, Turkey's support of Islamists also has riled Gulf Arab nations, who view groups like the Muslim Brotherhood as a threat.