Vladimir Putin has hit the ice hockey rink again – this time, with a captain’s “C” emblazoned on his jersey.

The Russian leader played an exhibition game Friday in Sochi with Belarusian President Alexander Lukashenko during a break in economic talks between the two former Soviet countries.

Putin made headlines last year for scoring eight goals in a game and falling onto the ice while waving to fans. 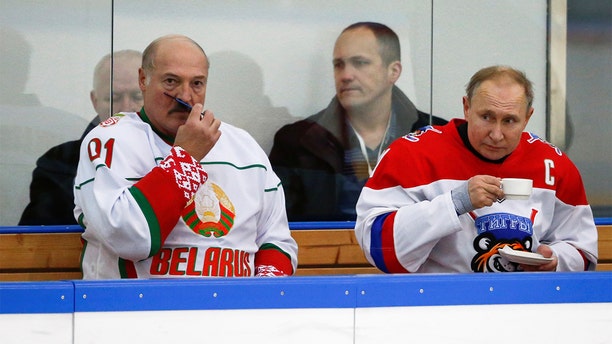 In this contest though, he appeared more relaxed, as one photograph shows the strongman holding a coffee cup while sitting on the bench. Lukashenko, next to him and with no “C” on his jersey, appears to be grooming his mustache.

Both leaders long have practiced the sport, and played several times together in recent years.

Putin is known for participating in photo ops to promote his image, ranging from riding a horse while topless to practicing judo. 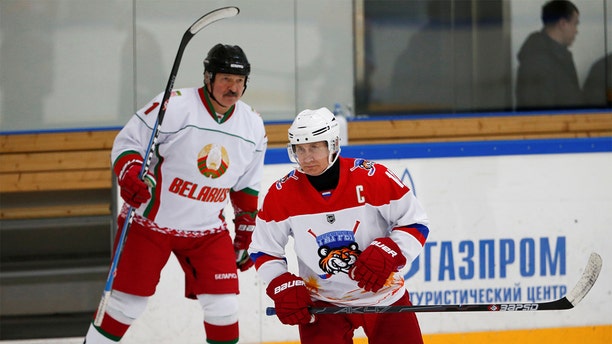 The economic talks come after Lukashenko accused the Kremlin of flouting Russian commitments for energy supplies while trying to strong-arm him into a closer alliance. Some in Belarus fear that the Russian leader could be eyeing a full merger of the two nations in order to extend his rule.

The Kremlin has argued that Belarus, which relies on Russia for most of its energy needs, should accept greater economic integration if it wants to continue receiving Russian resources at subsidized prices.